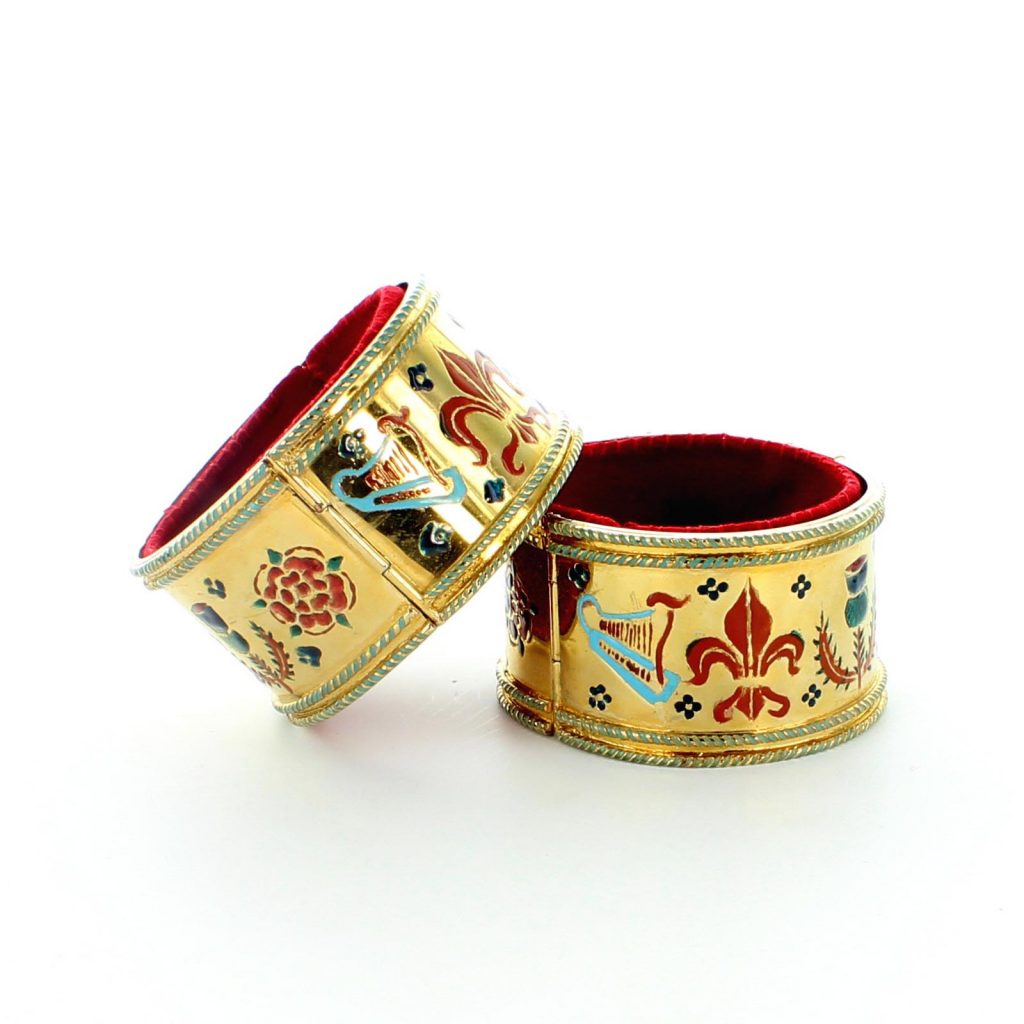 The bracelets or Armills are ancient biblical symbols of the regality. They have been used as royal insignia since the twelfth century. The bracelets, which were lost in the Interregnum, were jewelled.

Their replacements, fashioned for the coronation of Charles II, were made of enamelled unmarked gold (with later alterations) and supplied by Sir Robert Vyner in 1661. The upper and lower rims are decorated with two mouldings of light blue enamel which forms a herringbone pattern effect.

The band is decorated with four national emblems separated by a pair of dark blue fleurets with the occasional addition of red pellets. The motifs, as on the Queen Consort’s Armill, are the rose, thistle and fleur-de-lis.

These items have a long history as royal ornaments in the East. They are also well-known in Germanic, Scandinavian and Anglo-Saxon cultures. The Romans considered them suitable only for women. They were probably worn around the arm rather than the wrist.

Our replicas are made as near as possible to the original. Great importance is paid to every detail. They are made of base metal, gold plated and hand enamelled.