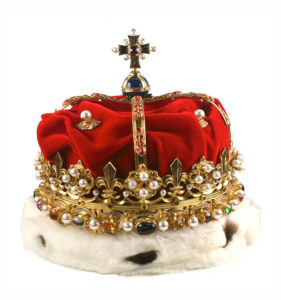 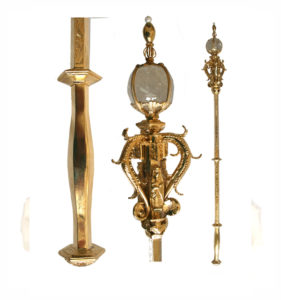 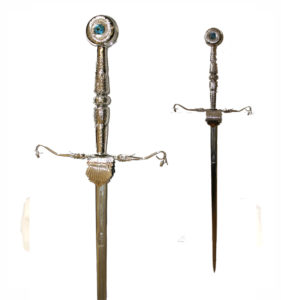 After being used for the coronations of Mary, Queen of Scots, James VI and CharlesI, the regalia was last used at the coronation of Charles II in 1651. Before this event Charles I was executed by the parlimament of England and the monarchy was overthrown. Oliver Cromwell ordered all of the English regalia to be brocken or melted down. The Honours of Scotland were hidden. At first in Dunnottar Castle, which was later beseiged by the New Model Army, and from where the Honours were smuggled out. Secondly, they were hidden under the floor of Kinneff Parish Church, only to be recovered after the Restoration in 1660. Although the Honours had been found, they were no longer used to crown Scottish sovereigns.

In 1941 the Honours were hidden as there were fears that they would be lost if there was a German invasion during World War II. In 1953 they were taken out of hiding and presented to the newely crowned Queen Elizabeth II and then returned to the Crown Room of Edinburgh Castle.

The Scottish crown jewels, are the oldest set of Crown Jewels in the British Isles and second oldest in Europe.