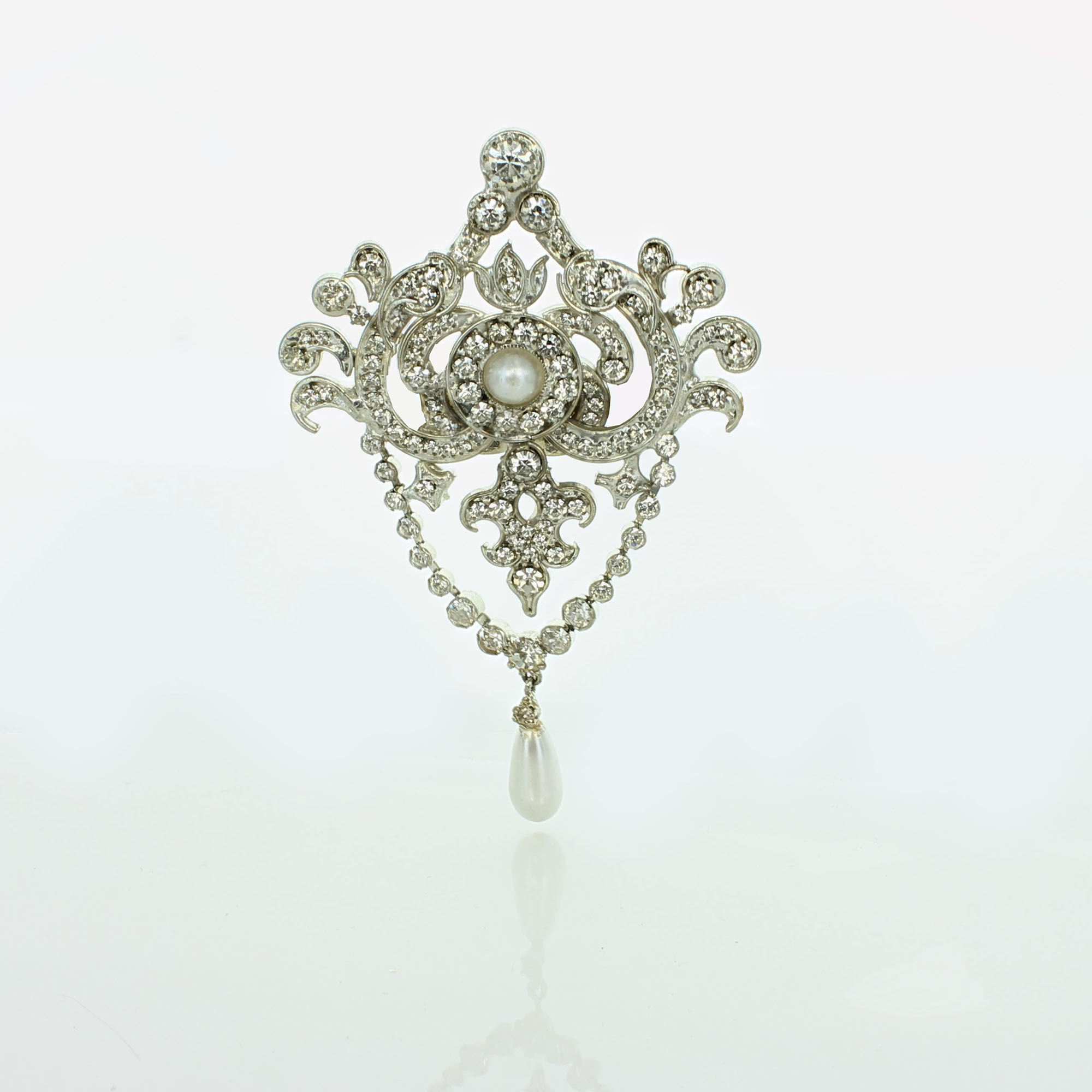 Queen Victoria’s Diamond Jubilee Brooch has been a favourite of the royal family for over one generation.

It was given to Queen Victoria in 1897 by members of her royal household for her Diamond Jubilee.
Victoria wore the brooch for a state dinner during the jubilee festivities, and designated it as an heirloom of the crown, meaning that it is passed from monarch to monarch until it reached the collection of Queen Alexandra and Quen Mary.

In 1936, the brooch was passed on to Queen Elizabeth the Queen Mother and soon became on of her most favourite brooches.  She wore it more than any other including at the wedding of her daughter Princess Elizabeth in 1947.

As an heirloom it should have been passed on to Queen Elizabeth II after she became Queen in 1952.  However, the Queen Mother kept it for another half a century

She wore the brooch on her 99th and 101th birthday. When the Queen Mother passed away in 2002, the brooch was finally passed to Queen Elizabeth II.  The Queen has worn the brooch on numerous occasions.