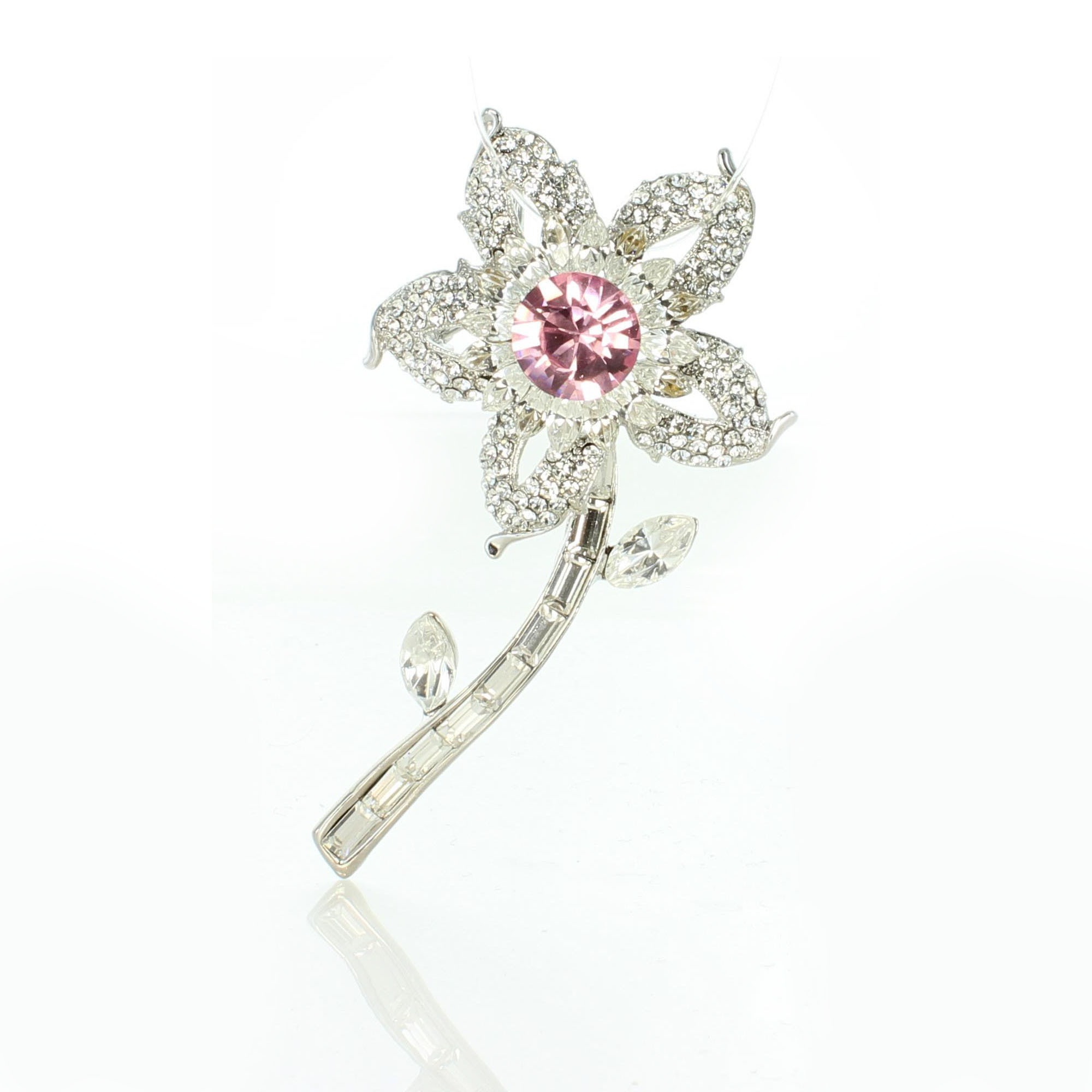 The large stone in the centre of the flower came from a Canadian named Dr Williamson. The doctor owned a mine in Tanzania were the stone was found. Doctor Williamson gave the diamond to Princess Elizabeth as a wedding present in in 1947. In 1953 it was made into a beautiful flower brooch we see today. Doctor Williamson also gave the Princess 170 clear diamonds and 12 baguette cut stones. These stones were used to make the petals, stem and leaves of the flower.