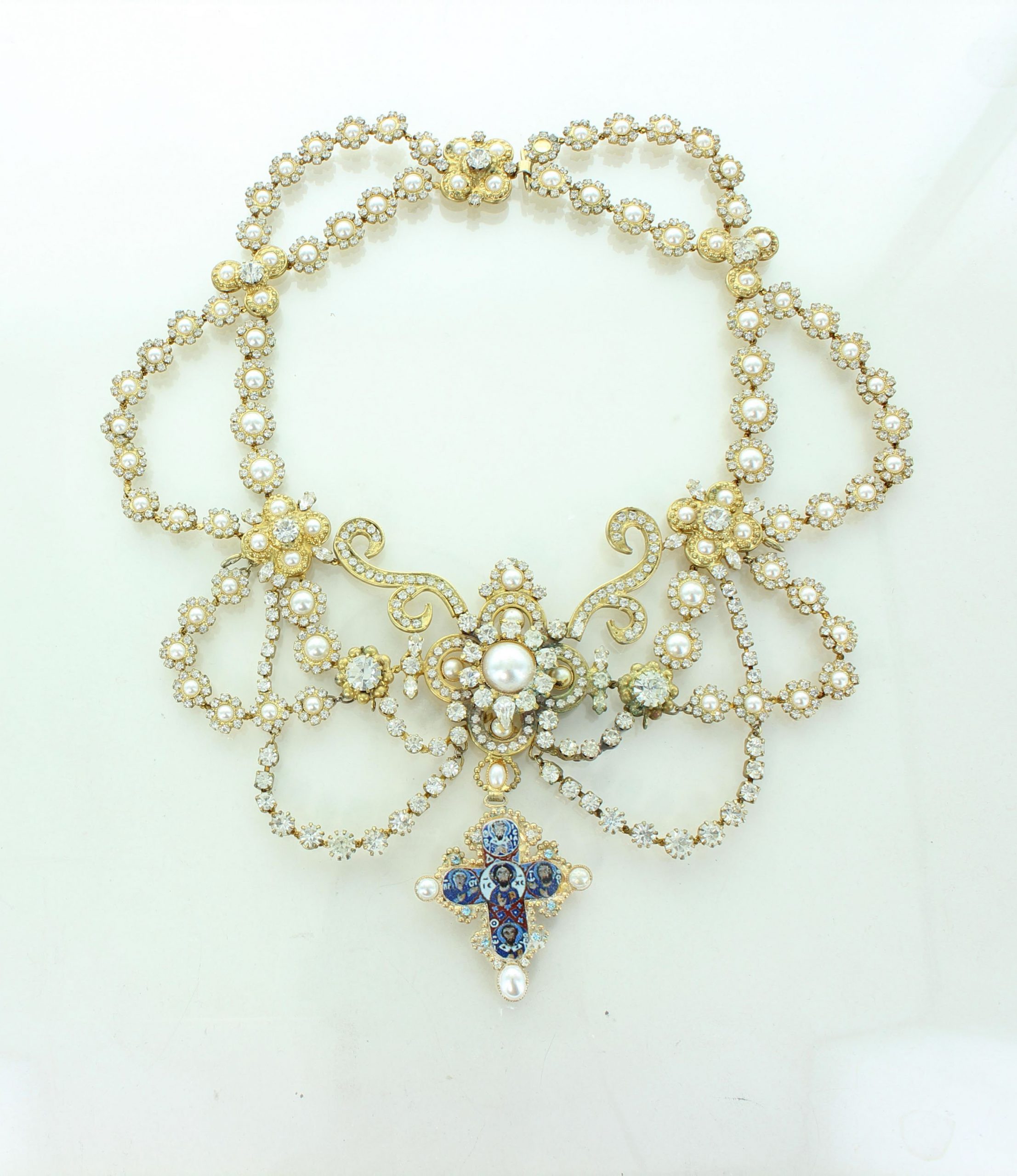 The necklace dates back to 1863 and gets its name from the famous Dagmar Cross replica. History tells is that Queen Dagmar of Denmark 1889-1213 was the wife of Vladimar II. When her grave was opened in 1680 she was found to be wearing this Byzatine cross. The cross is a relic that dates back to 1000 AD. It has Christ in the centre with other figures on the arms. The back of the cross portrays the Crusifixtion. A true replica was given to Princess Alexandra by King Frederick VII of Denmark upon her marriage to the Prince of Wales (Future King Edward VII) It included a piece of silk from the grave of King Canute, and a tiny piece of wood said to be from the true cross within the necklace pendant.

The necklace is an intricate structure of swags and scrolls connected to medallions of diamonds and pearls. It passed from Queen Alexandra to Queen Mary and to Queen Elizabeth, and in 1953 to Queen Elizabeth II who wore it in the 1950’s and 1960’s. It has not been worn in public since.