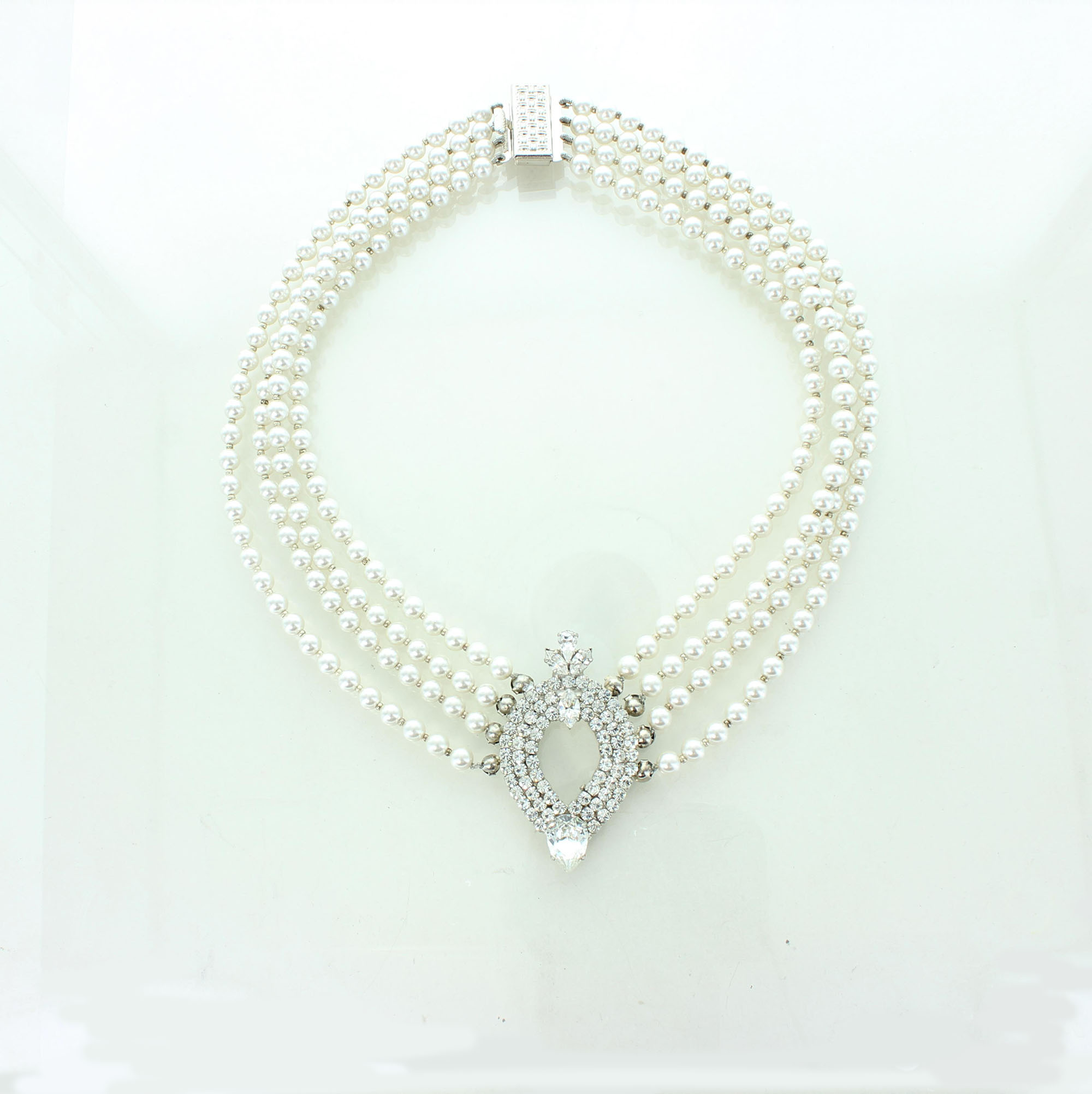 It is widely known of the Queen’s love of pearls. The pearl choker was commissioned by the Queen. It is made up of cultured pearls that were gifted to her by the Japanese government. She wore the choker on many occasions during the 1980’s and 1990’s. The four strands of pearls are fastened by a diamond clasp.

The queen has loaned the pearl choker to Princess Diana who wore it at a banquet in 1982. Recently, Kate has been seen wearing the choker with a pair of Collingwood pearl and diamond earrings that had been given to Diana as a wedding present and have now been passed onto the Duchess.