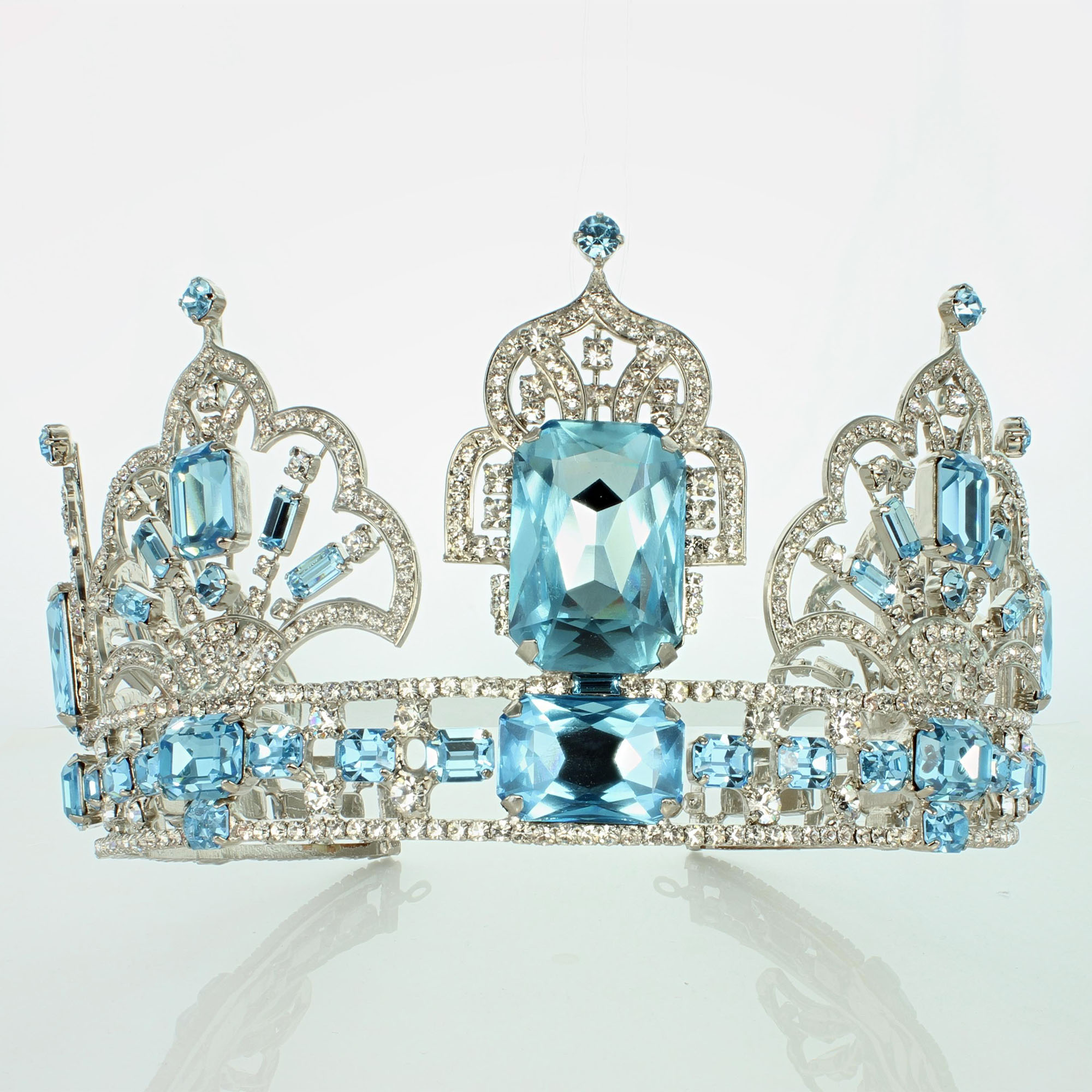 For her coronation in 1953, the Queen received a gift of a necklace and earrings from the President and people of Brazil. In 1957 she added a simple tiara to the set. In 1971 and Queen added four more aquamarine and scroll diamonds to the tiara around the upright pieces. The Queen also replaced the central aquamarine upright on the tiara with a large aquamarine pendant that had originally hung from a necklace.

The Brazilian Aquamarine Parure is still in use today – the tiara was last worn in Australia in 2011. She wears pieces of the parure outside of the full set from time to time. Most of the sparkling tiaras worn by Queen Elizabeth II of the United Kingdom were legacies from queens and princesses past, but a few of them have been hand-picked or commissioned by the Queen herself. Today’s tiara, the Brazilian Aquamarine, was ordered by the Queen as a part of an evolving parure of jewels.

Diameter across the base 6.75 inches