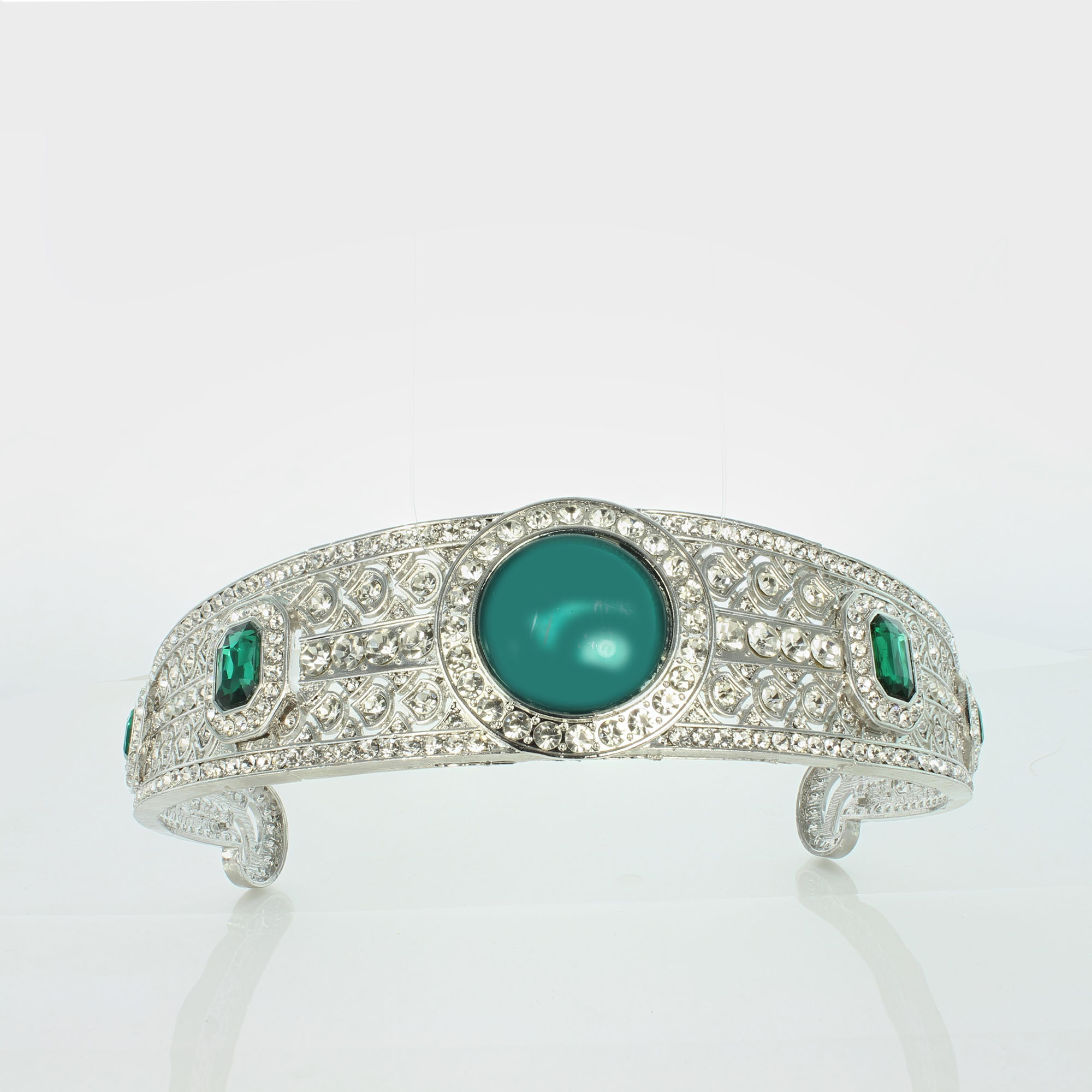 The tiara is made in the kokoshnik style initially work by Russia’s Imperial Court in the 19th century. Like all great jewels, this tiara has been through several re-incarnations. As fashions changed, in 1910 Mrs Greville thought the tiara was too imposing and went back to Boucheron to have it re-modelled into a lighter headband or bandeau shape tiara.  In 1919 it was further adjusted so that it could be worn lower on the forehead. Its final tweak was in 1921 when the geometric pattern of diamonds of emeralds was added and this is the version we saw Princess Eugenie wearing it down the aisle, as something borrowed from the Queen in 2018