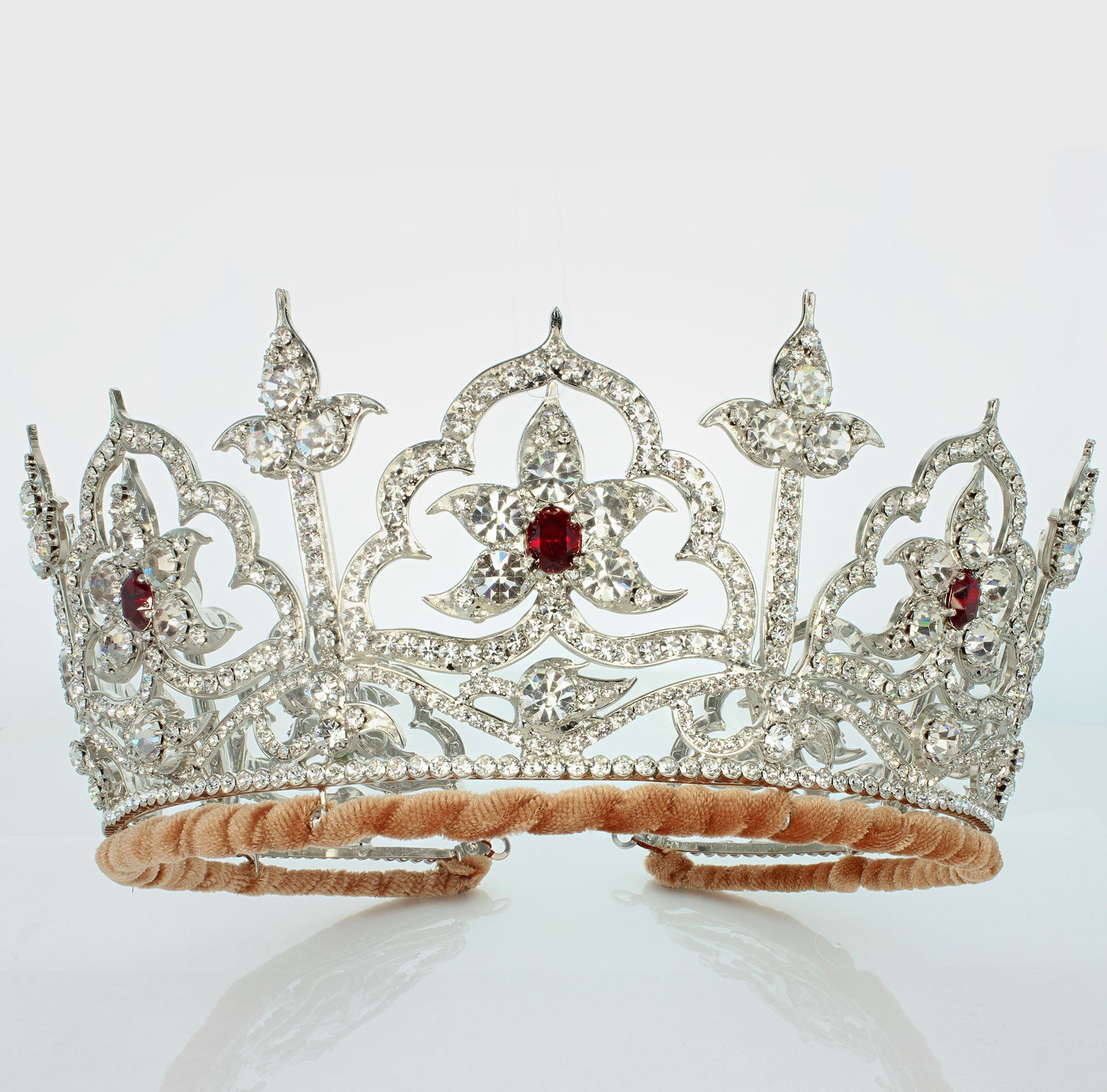 The Oriental Circlet was designed by Prince Albert for Queen Victoria in 1853. Prince Albert was known to design much of Queen Victoria’s jewellery. The design was based on Moghul arches surrounding Lotus flowers. The Prince has been impressed by the various jewels given to Queen Victoria by the East India Company at the Great Exhibition in 1851. It was this that inspired him to design this tiara. It was originally set with opals. Opals were thought of as unlucky and were switched to Burmese rubies by Queen Alexandra in 1901. The rubies were given to Queen Victoria in 1873. The circlet was frequently worn by the Queen Mother and was passed to the Queen upon her death in 2002. The Queen has only worn it once up to date. The circlet of often referred to as the Indian Ruby Tiara. Queen Victoria left this set to the Crown in her will.

Diameter across the base 6.25 inches