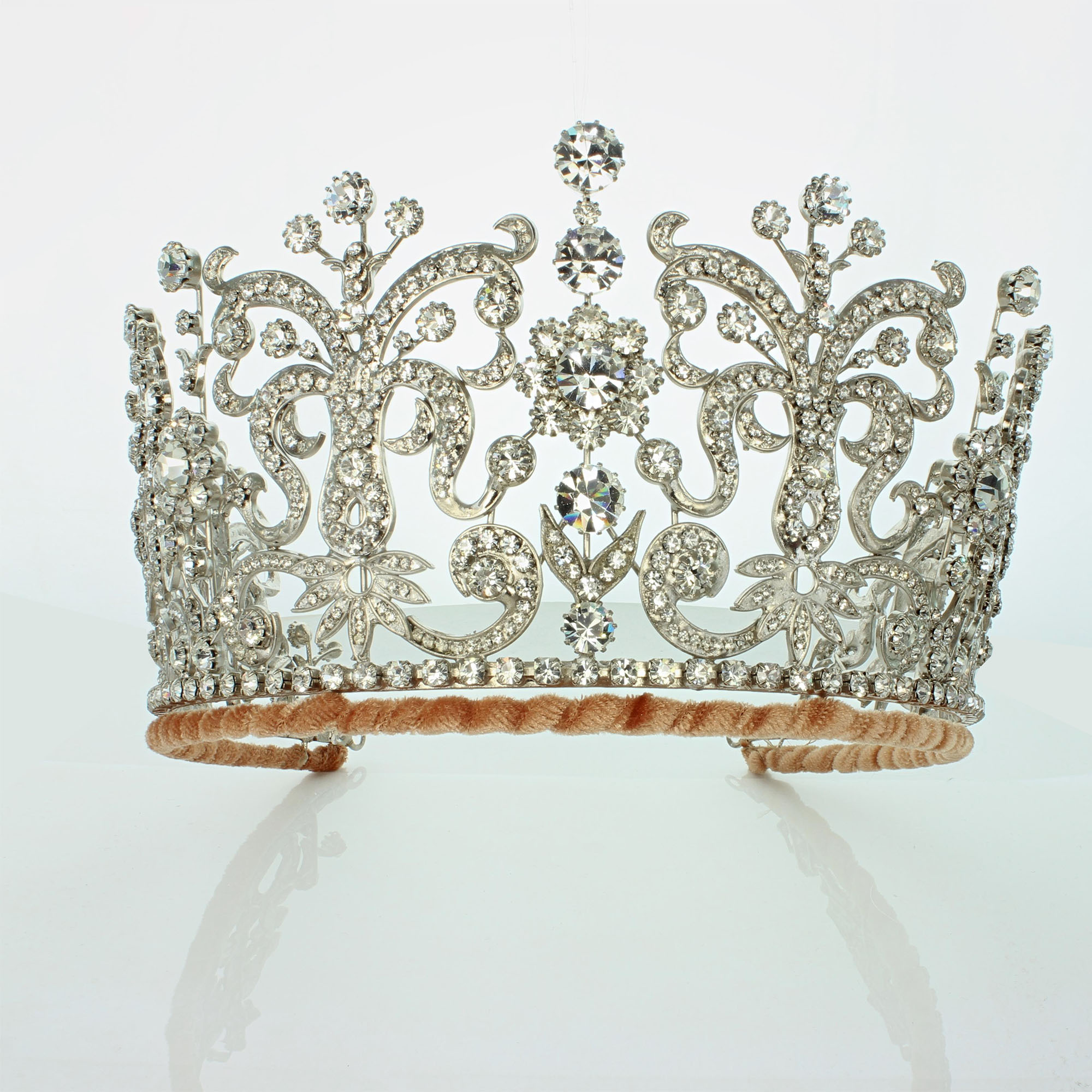 The tiara gets its name from its original owner: Florence Bampfylde, Lady Poltimore. It was made for Lady Poltimore by Garrard around 1870

Margaret, the wife of the 3rd Baron Poltimore, wore the tiara at the 1911 coronation. Lady Poltimore’s grandson, the 4th Baron Poltimore, offered the tiara for sale at auction in 1959. Princess Margaret, who would marry Antony Armstrong-Jones (later Earl of Snowdon) Princess Margaret bought the tiara and wore the tiara, which is actually a completely closed circlet, at her wedding.
Margaret died in 2002, and by 2006, her two children were facing a massive estate tax bill. Along with quite a few of Margaret’s other jewels (though not all of her tiaras, it should be noted),the Poltimore tiara was auctioned in Christie’s in London that July.