The Sceptre with the Dove Replica 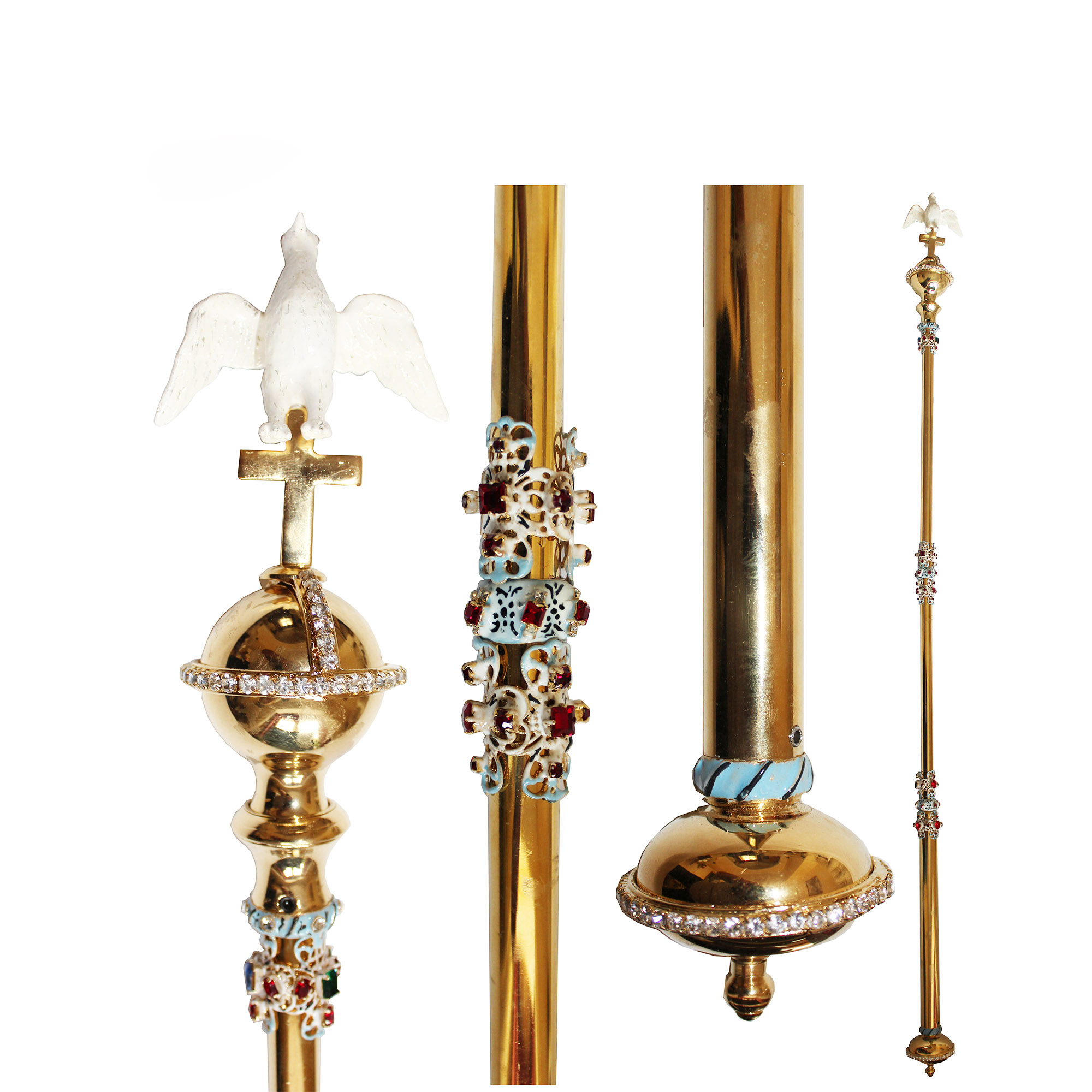 The sceptre is made in the form of a gold rod which has three sections. Each of the sections have collars which have been enamelled and set with gems.

The top of the sceptre is surmounted by a gold monde with a gold cross and a white enamelled dove whose wings are outspread.

The sceptre represents the sovereign’s spiritual role, with the dove representing the Holy Ghost. Traditionally it has been known as ‘the Rod of Equity and Mercy’.

During the coronation service the new sovereign is first anointed with holy oil, then robed in coronation robes, and then invested with several meaningful ornaments symbolising the chivalric and spiritual nature of kingship. These include the spurs, swords and armills, followed by the orb, a ring and then the sceptres. The sovereign is presented with two sceptres.

After the investiture the sovereign is then crowned.