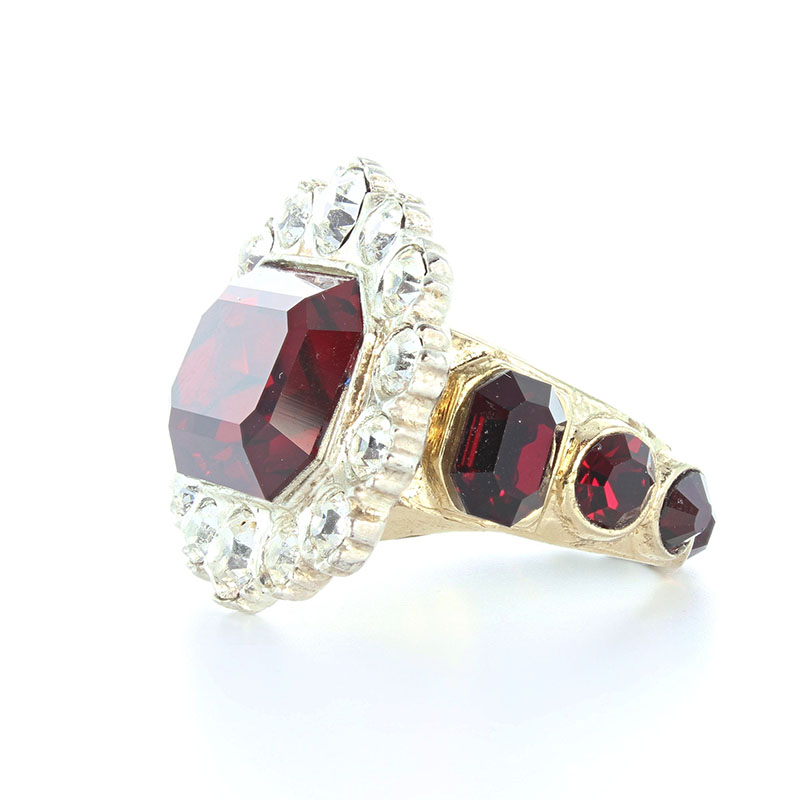 The ring is s symbol of faith denoted by its unbroken form. It has been a constant feature of English coronations since the 10th century.

Like all coronation rings until the twentieth century, each monarch or consort had a newly-made ring which was not kept with the regalia but with the personal jewellery of the sovereign.

Queen Adelaide’s ring has an octagonal shape with a  ruby in a gold setting, unbacked, it is surmounted by fourteen diamonds. The gold shank is set with fourteen graduated rubies. Like the sovereign, the queen consort is presented with a ring during the coronation ceremony. Since the thirteenth century it has been traditional to include a ruby as the principal stone in the ring. This ring was made for the coronation of William IV and Queen Adelaide in 1831.