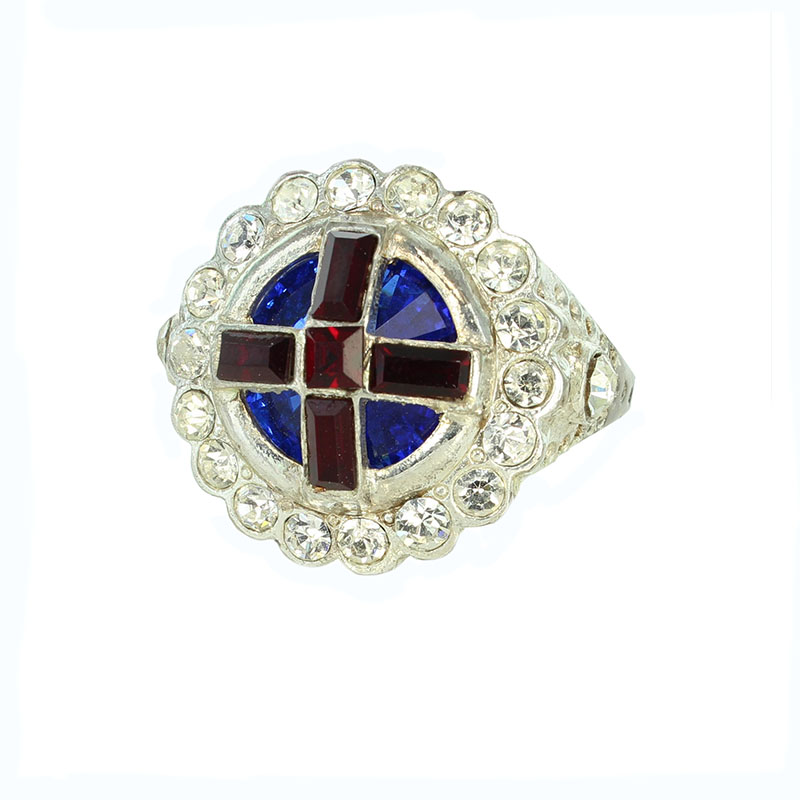 Queen Victoria’s ring is a miniature version of William IV’s ring. It weighs 42.74 carats and is set with a large sapphire surmounted by 20 diamonds. 5 rubies on top form a cross and 31 diamonds decorate the shank

During the coronation ceremony the ring is placed on the fourth finger of the sovereign by the Archbishop of Canterbury.  This forms part of the investiture of the coronation.  It is a symbol of kingly dignity.  By tradition the ring has included a ruby as a principal stone in the ring since the thirteenth century

The ring was made for Queen Victoria in 1838.  It was inspired by the ring of William IV.  It was made for her little finger, however, the Archbishop placed it on the wrong finger. He forced it on so tight that Queen Victoria had to soak her hand in ice water to remove it.  Upon her death, Queen Victoria left the ring to the Crown.  It can be seen in the Jewel House in the Tower of London