The Sword of State Replica 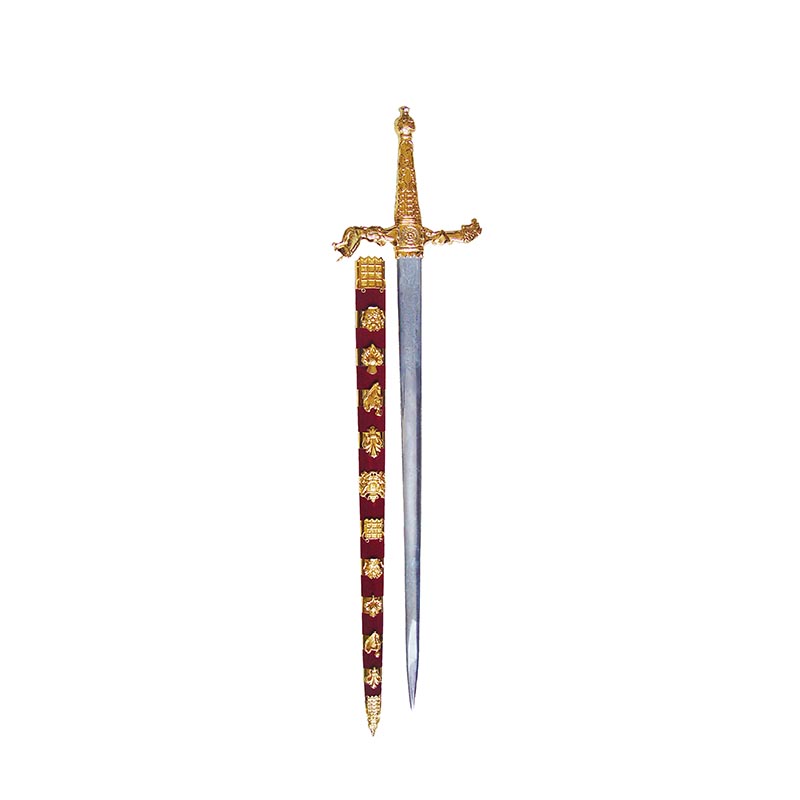 The Sword of Temporal and Spiritual Justice and of Mercy did not become a permanent part of the Regalia until after the coronation of Charles I in 1626.  The present sword dates back to the seventeenth century.

The Sword of Mercy which is used in the present coronation ceremony is called the CURTANA, and has the characteristic truncated blade – meaning – lack of a point symbolising the mercy that should temper the sharpness of royal justice.

Little is known of the appearance of the Sword of State or its whereabouts after the coronation of Charles I.  The last record of it was in 1770.  The present sword of state was made in 1678, and has been used in the coronation of all monarchs.

The Sword of State is a large broad sword which was purchased in 1678.  The hilt is fashioned to represent the lion and the unicorn, while the crimson velvet scabbard bears the Royal Arms of William III and Mary II.  It is carried not only at the coronation but also on other State occasions , usually by the field marshal or other high ranking personage.