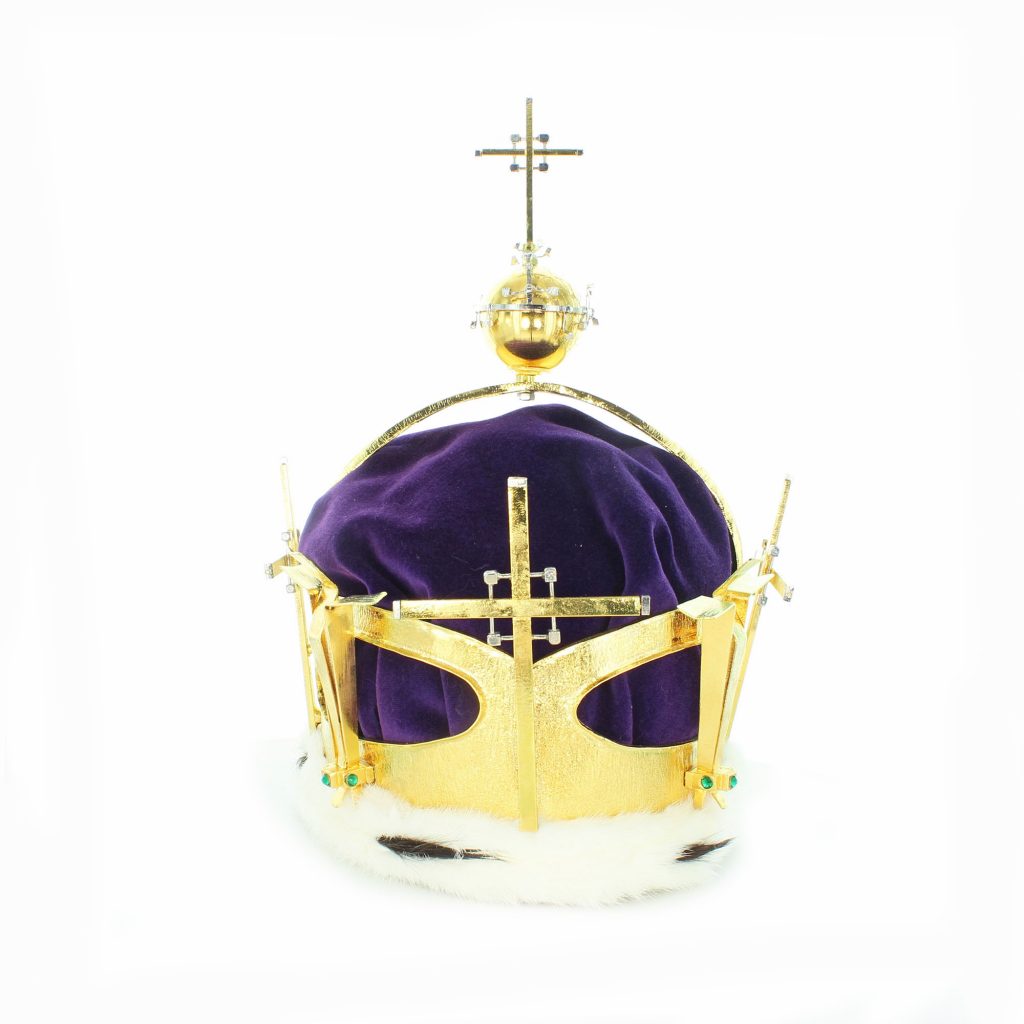 The Coronet of Charles, Prince of Wales is a small crown that is part of the Honours of Wales. The coronet is made of gold with diamonds which are set in platinum. It was made in 1969 for the investiture of Prince Charles as Prince of Wales.

The coronet was designed by Louis Osman, and was a gift to Queen Elizabeth II from the Worshipful company of Goldsmiths.   The coronet is kept alongside other Welsh regalia at St James’s Palace in London.