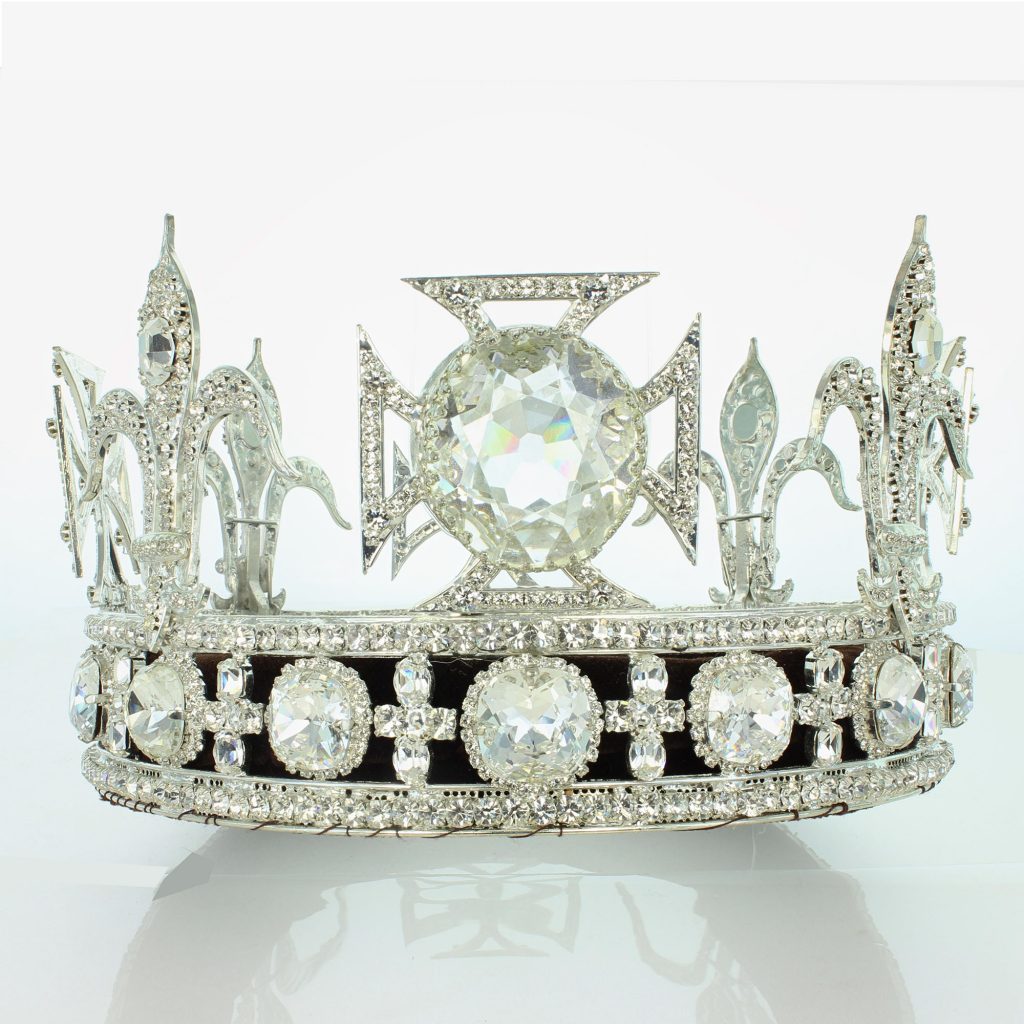 Queen Mary’s circlet is taken from Queen Mary’s original crown which was constructed in such a way that the arches could be removed allowing the crown to be worn as a circlet. The crown was first worn on 22nd June, 1911.

The Circlet originally contained the Third and Fourth Stars of Africa, known as the Lesser Stars of Africa. These are presently the personal property of Queen Elizabeth II and were mounted into the crown in such a way as to be removed and worn as a pendant or brooch. These stones were later replaced by replica crystal stones.