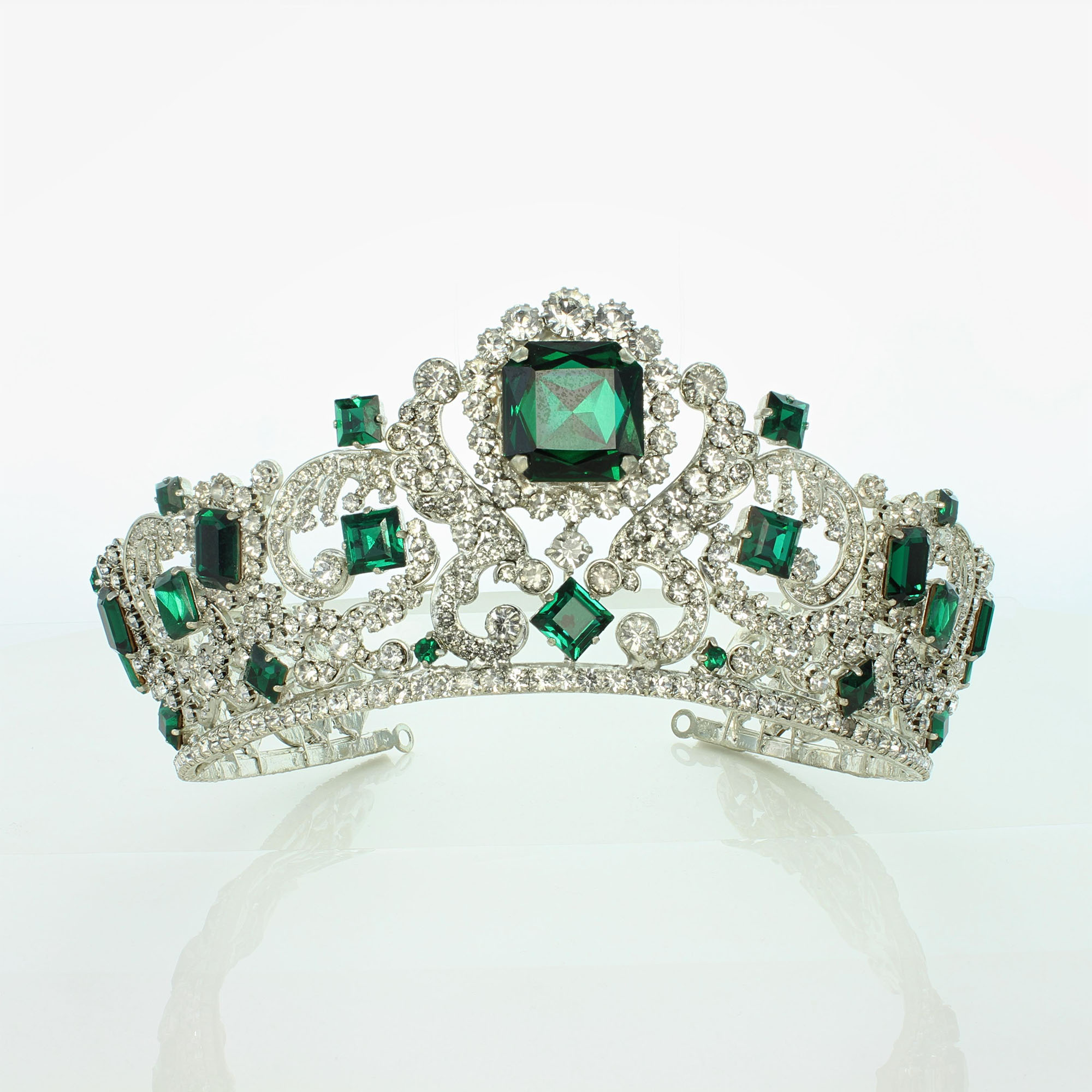 Empress Eugenie wife of Napoleon III and the only surviving daughter of Marie Antionette was given this stunning tiara as a gift by her husband. The tiara was made in 1820 and held several stones from the original crown jewels.

The tiara was exhibited at the World’s Fair in Paris in 1878 and in the Louvre in 1884.  It was sold by the French government in 1887 at auction with most of the royal collection, as wasn’t seen for about 100 years until it appeared in Great Britain in the 1960’’s

In 2002 its owner decided to sell it.  The British Government put a hold on the sale and this wonderful emerald tiara made its way back to France where it is on permanent display at the Louvre.