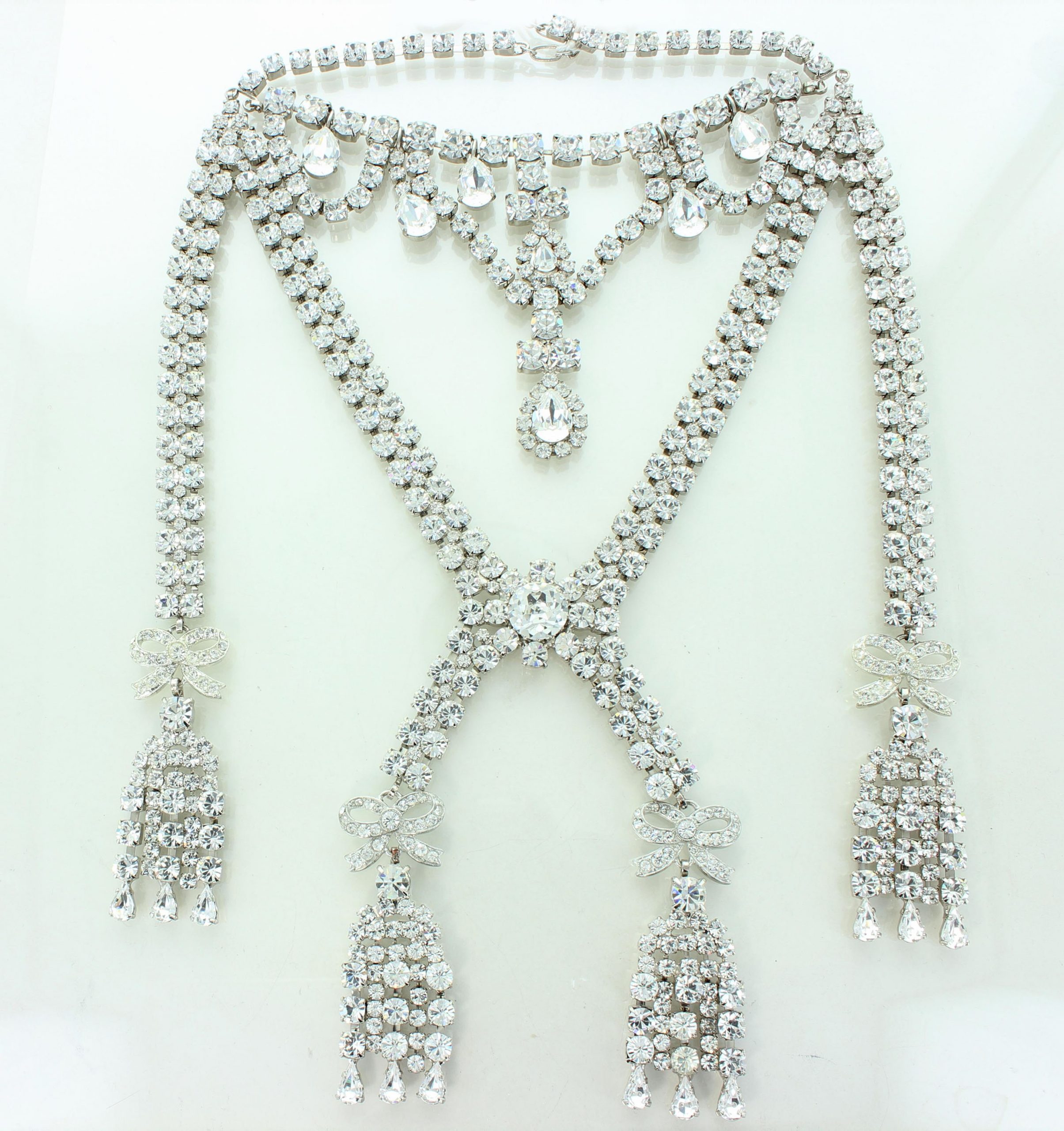 The affair of the diamond necklace lasted from 1784-1785 at the court of King Louis XVI of France, which involved his wife, Marie Antionette, whose reputation was already tarnished by gossip and implication in the crime to defraud the crown jewellers in acquiring this very expensive necklace. The event is historically significant as one of the events had led to the disbelief of the monarchy which eventually participated the French Revolution.

The necklace was involved an affair, scandal and deceit and in September 1792 the monarchy was abolished.    Louis XVI was executed.  Marie Antionette was convicted of high treason and executed.

The necklace was last seen on February 1st 1785, before it was taken apart and the trial of the diamonds runs cold.