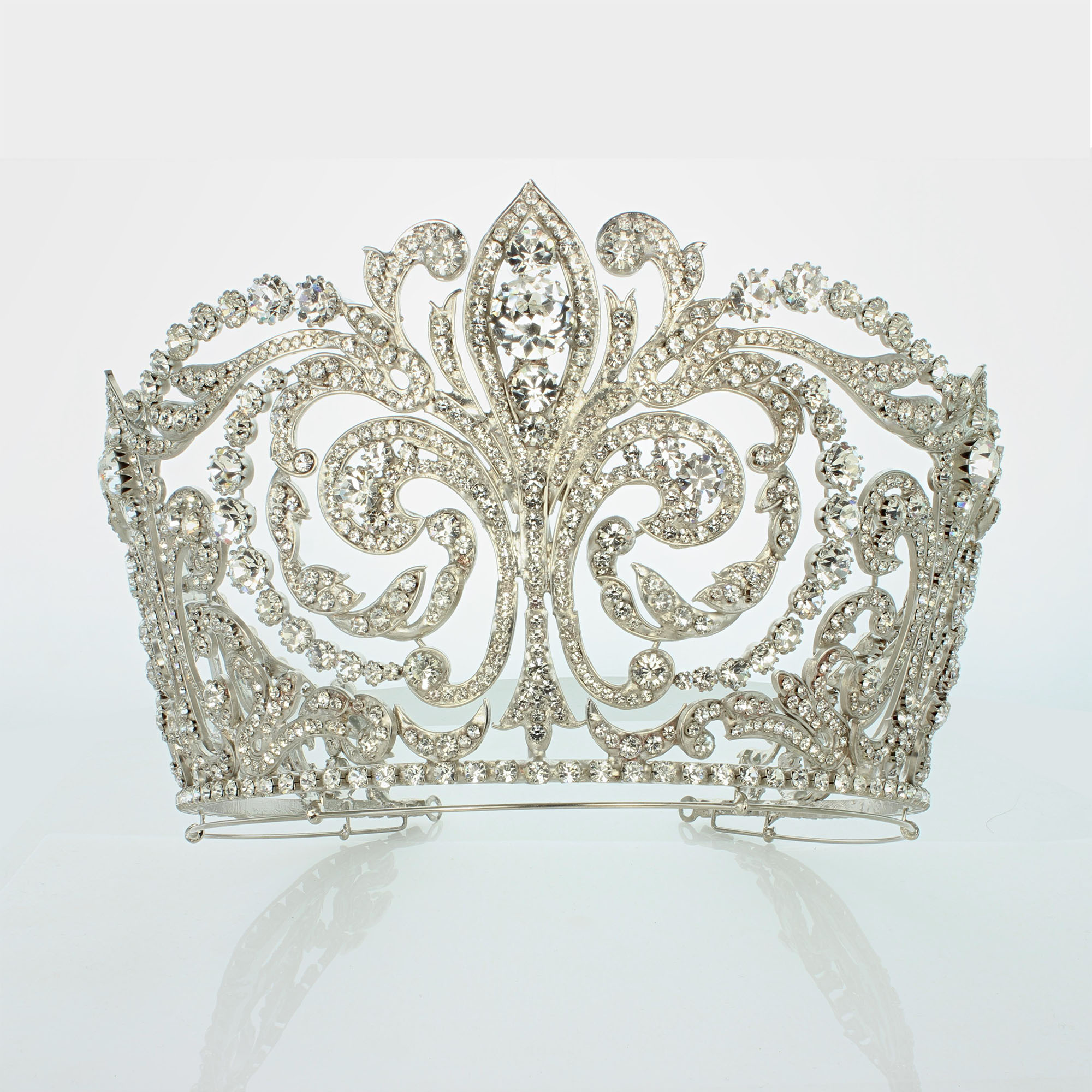 This tiara was a wedding present to Princess Victoria Eugenie when she married King Alfonsi XIII on 31st May 1906.

Princess Victoria Eugenie Battenberg was born at Balmoral Castle in Scotland in October 1887 and is the granddaughter of Queen Victoria of the United Kingdom.  She was only seventeen when she met her future husband, King Alfonso XIII of Spain on his state visit to the United Kingdom in 1905.  He was enchanted by Ena and soon they were courting, much to the dismay of his mother.

Despite his mother’s objections, the courtship continued.  Queen Maria Cristina finally gave in and gave her approval to the match.  Ena travelled with her mother to Spain to meet with King Alfono XIII mother.  She converted to being a Catholic and a treaty was signed between Spain and the United Kingdom to make it official and the couple were soon married in Madrid in May 1906