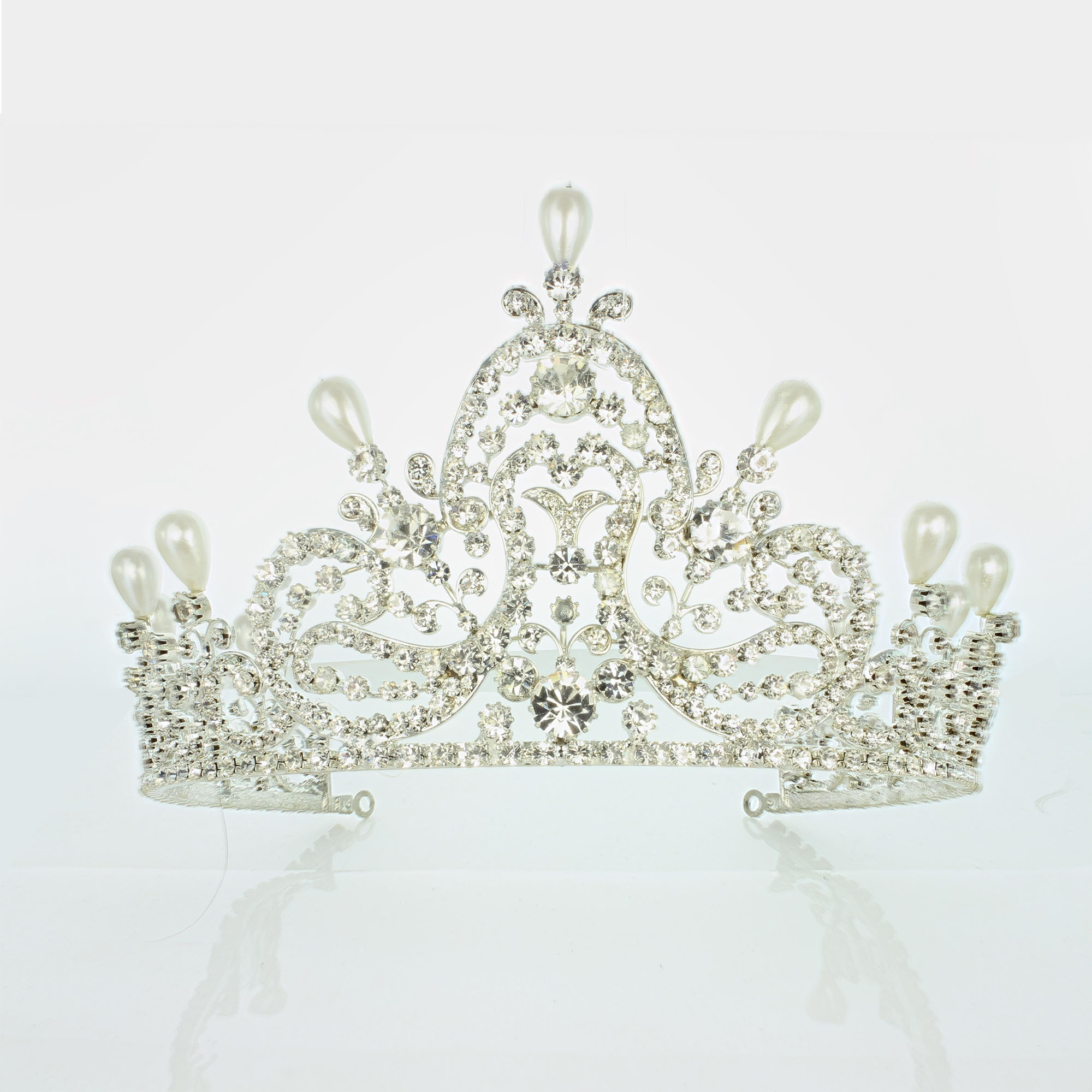 In 1905 Queen Maud and her husband were elected to be the new Norwegian royal couple in independent Norway. When she married Prince Carl of Denmark, later King of Norway, she received this wonderful pearl and diamond tiara as a wedding present from her parents, King Edward VII and Queen Alexandra from the United Kingdom. The tiara became known as “Queen Maud’s pearl tiara

In 1938 Queen Maud went to the United Kingdom suffering from cancer, her health deteriorated and she died of heart failure. Later it came to light that Queen Maud took most of her jewellery to London.

In 1995 the tiara was shipped to London for repair at Garrard’s There was a robbery and the tiara was one of the items that was taken by the thieves. The diadem was insured and Garrards replaced it with an identical copy. All requests from museums to display original jewellery have been rejected since 1995