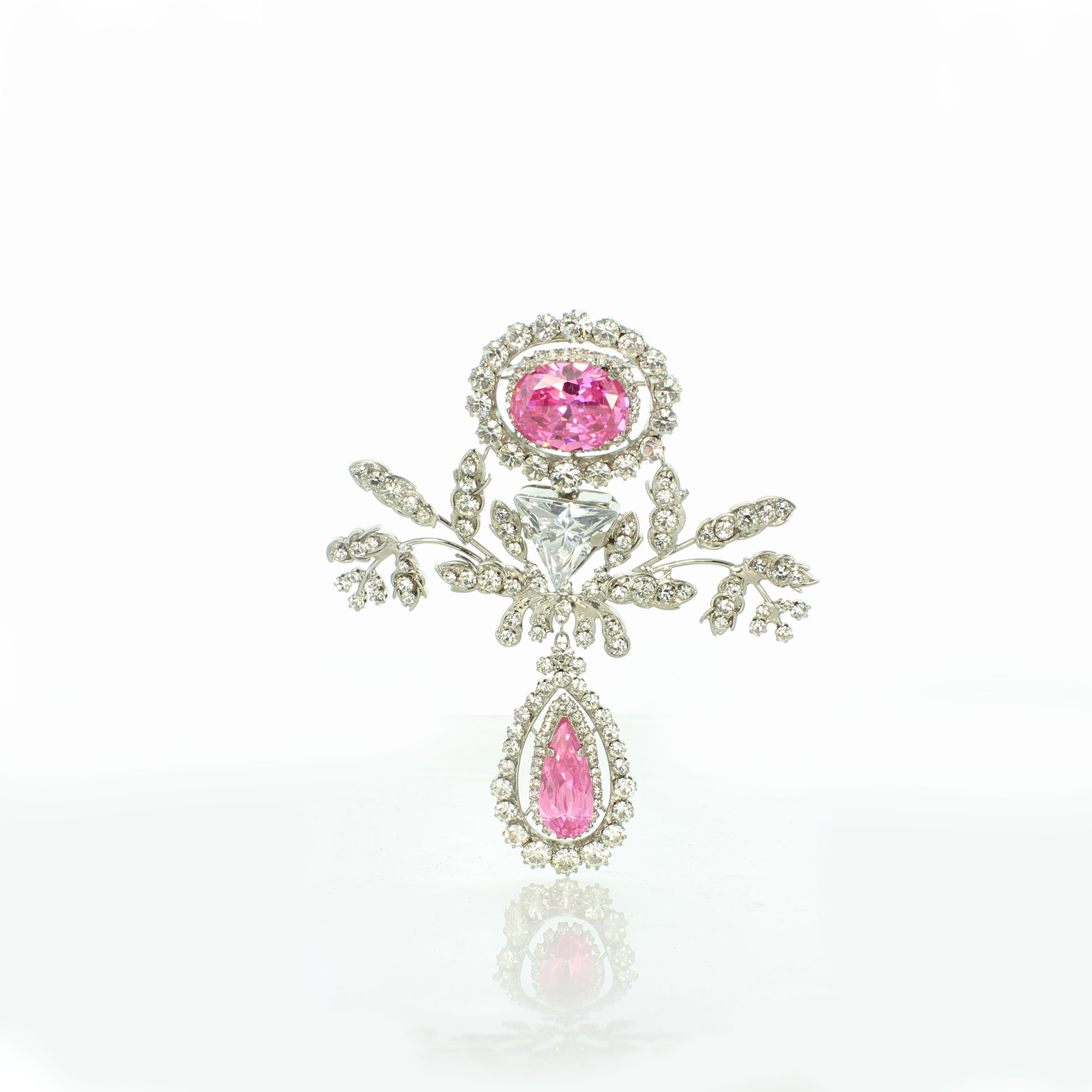 The history of the pink-topaz demi-parure begins in the nineteenth century in Imperial Russia. In 1804 Grand Duchess Maria Pavlovna, daughter of Tsar Paul I of Russia married Grand Duke of Saxe-Weimar-Einsenach. Maria Pavlovna was the granddaughter of Catherine the Great and sister of Tsar Nicolas I, Queen Catherine of Wattemberg and Queen Anna of the Netherlands

Tsar Paul presented Maria Pavlovna with the set as a wedding gift, which included this wonderful brooch. Maria Pavlanove and Carl Friedrich had three children, and the middle child Augusta inherited her mother’s pink topazes. Augusta married Kaise Wilhelm I of Germany in 1829 but had no children. Kaiser Friedrich III, a german Emperor married Princess Vicky, daughter of Queen Victoria and Price Albert, and Louise, who married Grand Duke Friedrich of Baden in 1856.

Grand Duchess Louise died in 1923, and the parure was passed onto Victoria who on her death bequeathed them to a jewellery foundation which means that the jewels will stay in Swedish hands and the Swedish Royal Family possesses this Russian pink topaz demi-parure, which was given to Maria Pavlova by her father Tsar Paul I