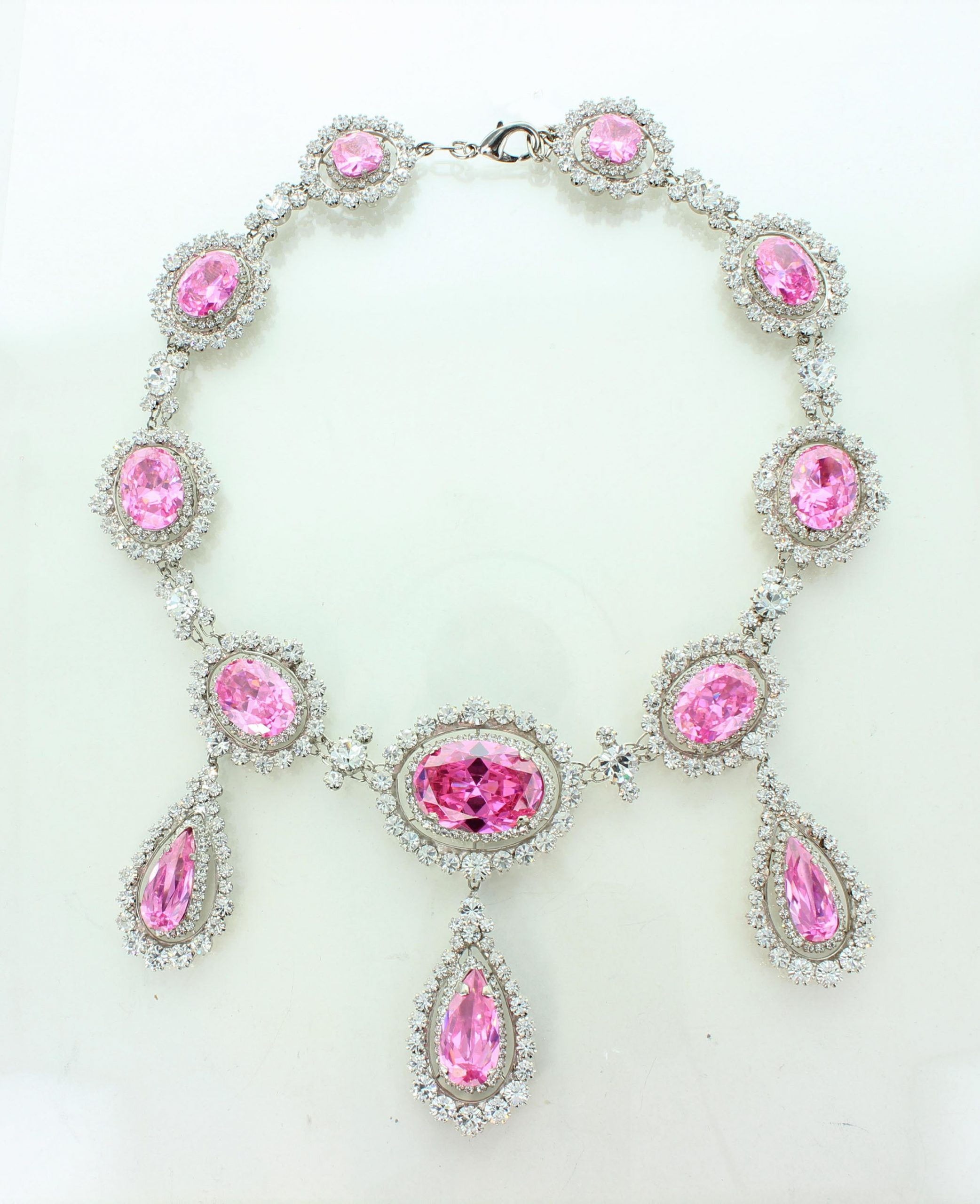 The Swedish Royal Family possesses this Russian pink topaz demi parure which has given to Maria Pavlovna by her father Tsar Paul I as a wedding present when she married the Grand Duke of Saxe-Weimar-Eisenach in 1804. The necklace and the rest of the parure passed to her daughter Empress Augusta of Germany. It was then passed to Augusta’s daughter, Louise, Grand Duchess of Baden. In 1923 it was passed to Louise’s daughter, Victoria of Baden which was Queen Victoria of Sweden.

The Pink topaz parure has been part of the Bernadotte collection ever since.  Queen Silvia wore the demi-parure to Crown Princess Victoria’s wedding in 2010