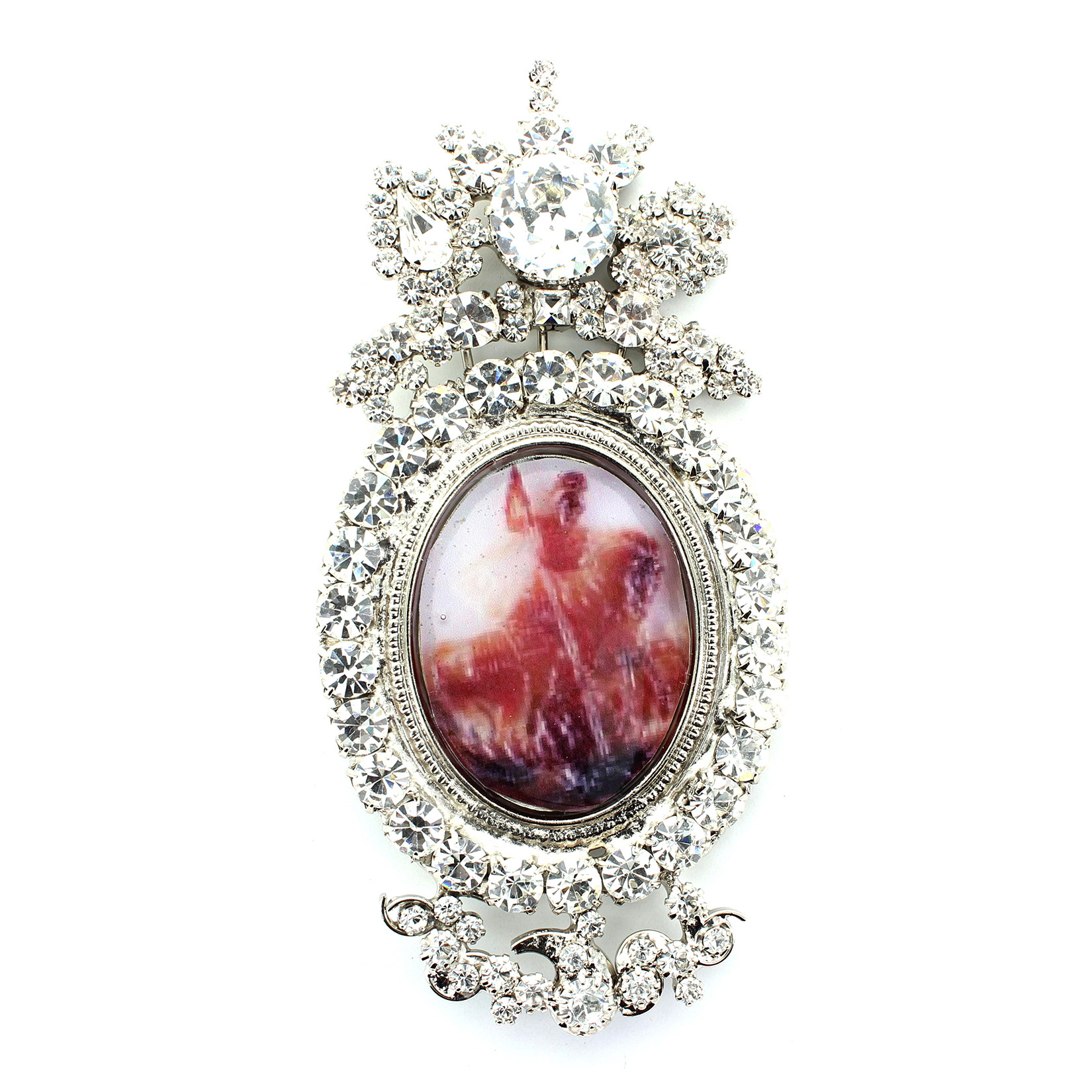 The order of The Lesser George I worn on a distinctive blue riband which is worn from the left shoulder to the right hip. Most orders of chivalry seen today are worn in the opposite direction

The badge is worn suspended from the ribband bow at the hip called The Lesser George.  It portrays St George on horseback slaying the dragon.  The Lesser George can have different designs; the extravagant George IV had no less than 55 badges at his death.  The diamond framed Lesser George belonged to George IV, and was later a gift from Queen Victoria to Prince Albert.