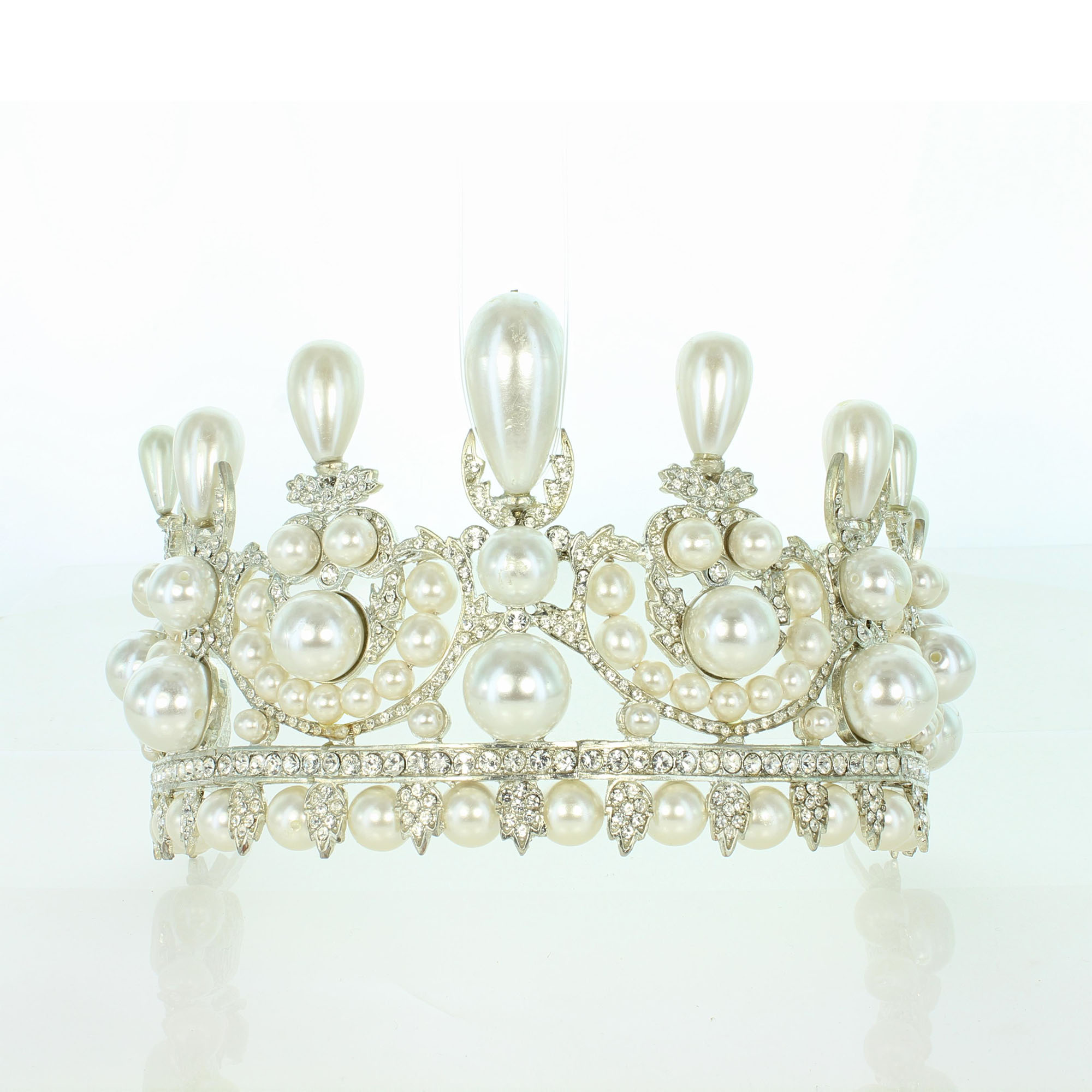 This beautiful tiara was given to Eugenie by her husband Emperor Napoleon III as a wedding present. Eugene wore the tiara frequently during her husband’s reign, including during a visit to Windsor Castle in 1855.

Even though the tiara was a wedding gift, it was part of the French Crown Jewels, and when Napoleon and Eugenie was exiled to England in 1870, the tiara stayed in France.  It was exhibited at the Louvre in Paris before being auctioned by the government.

It was acquired by Prince Albert of Thurn and Taxis in 1890 as a wedding gift for his new bride, Archduchess Margarethe Klementina of Austria.  The tiara remained with the Thurn and Taxis family for decades, until it was decided to sell the tiara as part of a massive unloading of family assets.  It was bought by the Louvre where it is on display to this day