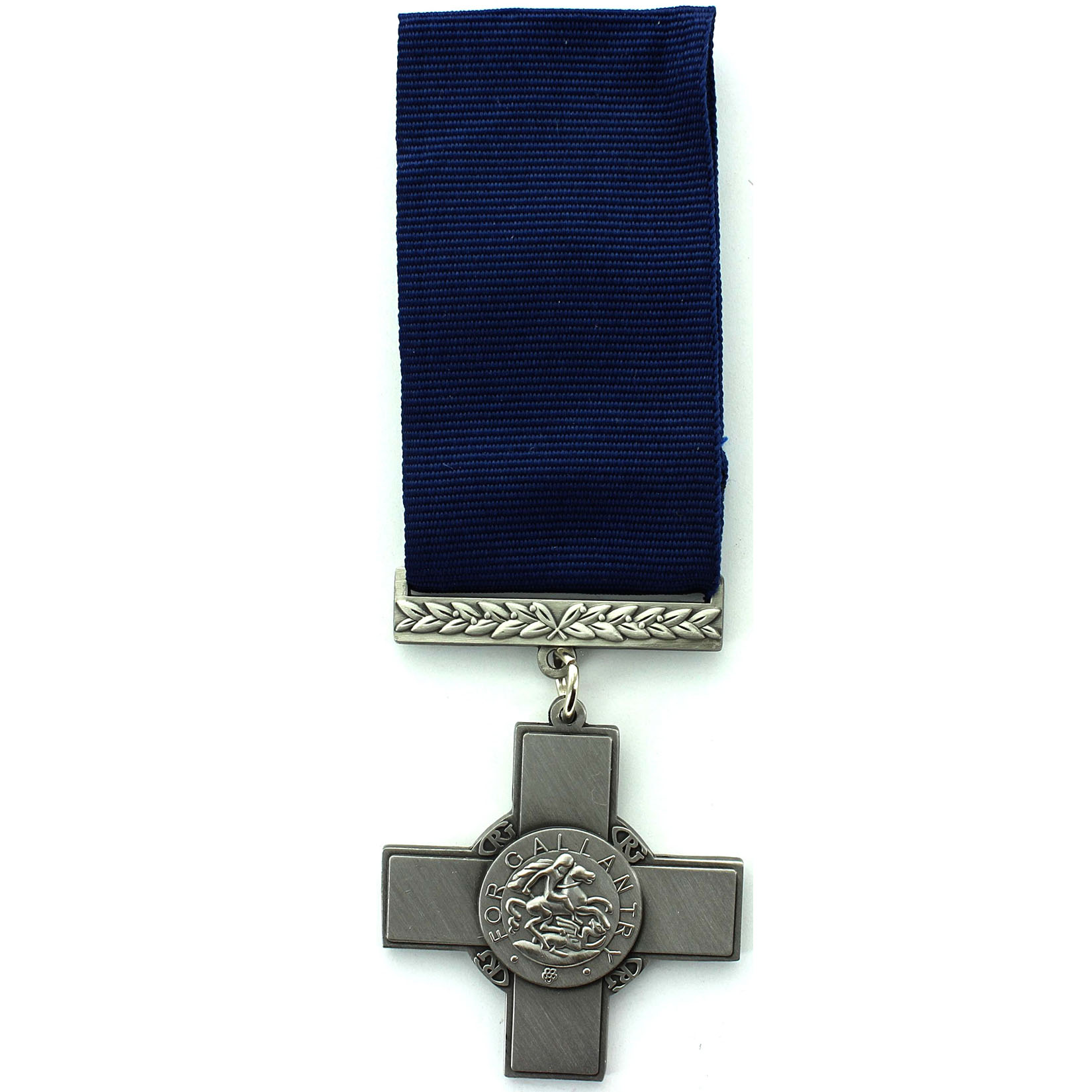 The George Cross is the second highest award in the United Kingdom honours system. It is awarded for acts of greatest heroism or the most conspicuous courage in extreme danger. It may be awarded to a person of any military rank in any service and to civilians including police, emergency services and merchant seamen. Many of the awards have been personally presented by the British Monarch in Buckingham Palace.

The George Cross was instituted by King George VI on 24th September 1940.  At  this time, during the height of the Blitz there was a strong desire to reward the many acts of civilian courage. The existing awards open to civilians were not judged suitable to meet the new situation, therefore it was decided that the George Cross and the George Medal would be instituted to recognise both civilian gallantry in the face of enemy action and brave deeds more generally.  It ranks second to the Victoria Cross.