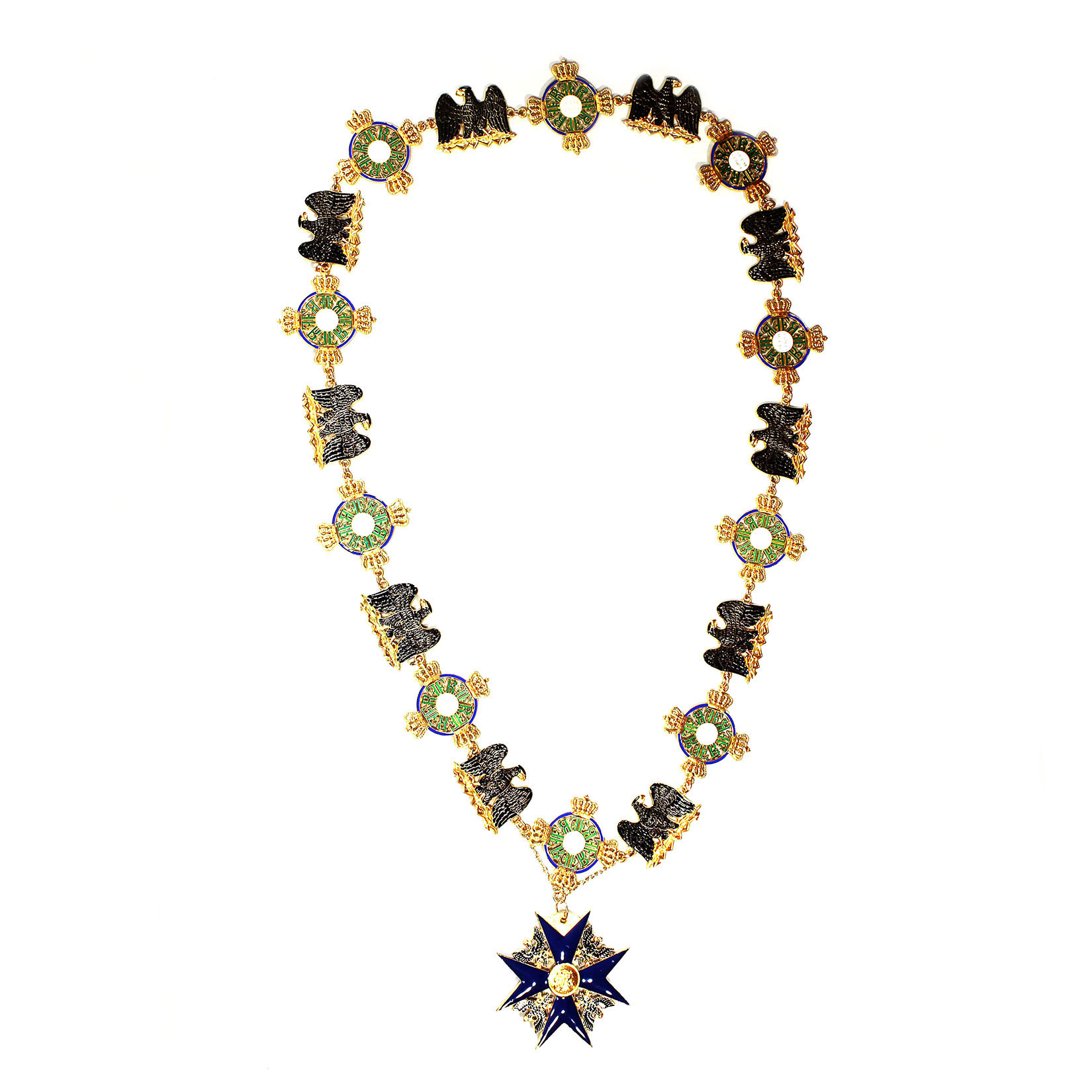 The Order of the Black Eagle is the highest order of chivalry in the Kingdom of Prussia. It was founded on 17th January 1701 by Elector Fredrich III of Brandenburg who became King Fredrich III of Prussia on the following day. In his Dutch excile after WW1 dethroned Wilhelm II continued to award the order to his family. He made his second wife a Lady in the Order of the Black Eagle.

It was worn either on a broad sash, or collar chain.  The collar chain was worn around the neck and resting upon the shoulders with the badge suspended from the front centre.  The collar had 24 elaborate links alternating a black eagle and a central medallion.  The motto of the Order (SUUM CUIQUE) meaning:  “ To each according to his merits”