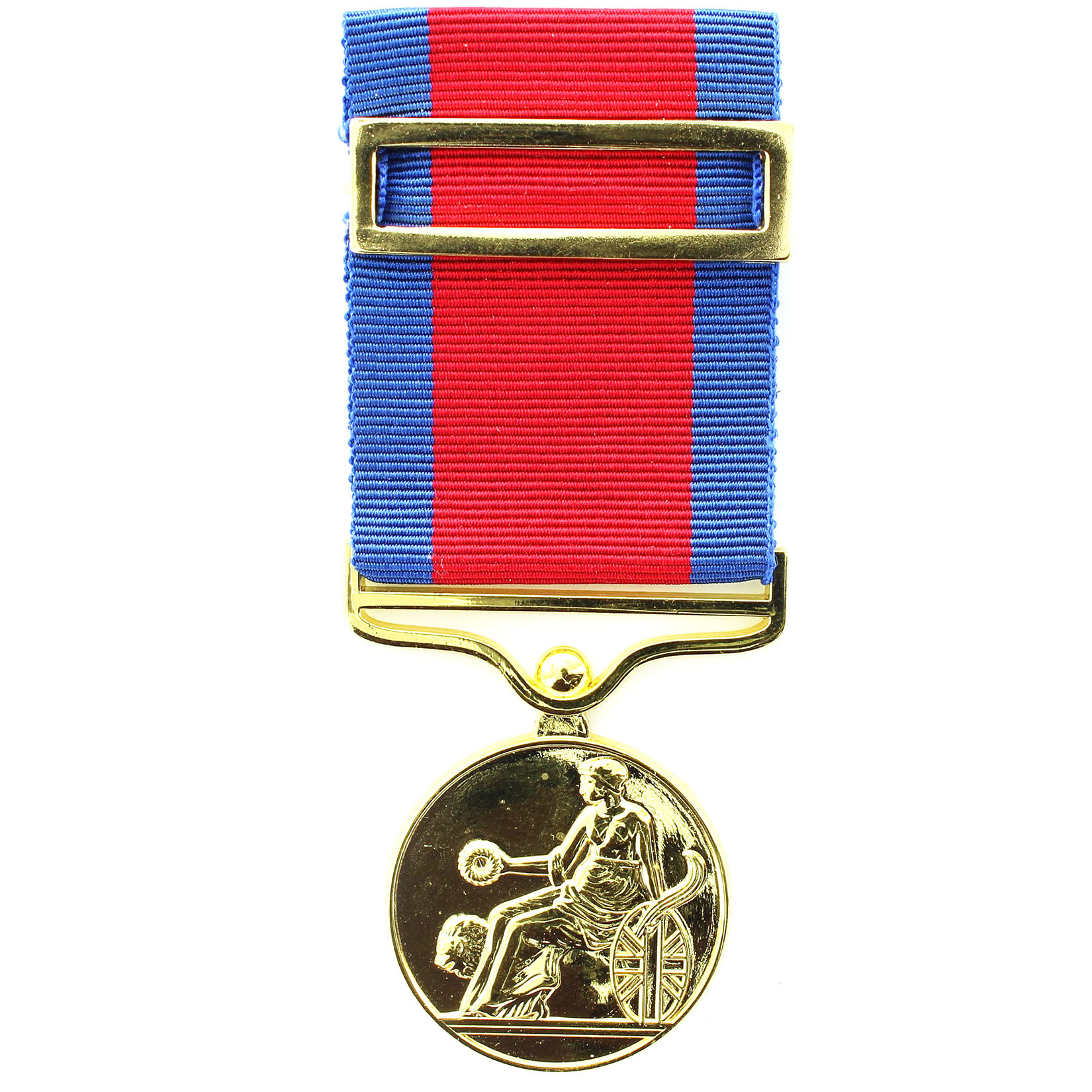 This is a Military Service Medal (MGSM) issued to officers and men of the British Army in 1948. It was an award for various military actions from 1793-1814 encompassing the French Revolution Wars, the Napoleonic Wars, and the Anglo American war of 1812.

The Duke of Richmond who had fought at Waterloo, was chiefly responsible for the institution of the Military General Service Medal for all survivors of the campaigns between 1793 and 1814. He campaigned in Parliament an also enlisted in the interest of Queen Victoria, who persuaded a reluctant Duke of Wellington that junior and non-commissioned officers and private soldiers deserved this recognition. Only the Waterloo medal had been awarded to all ranks, while the senior officers could receive the Army Gold Medal for service in the Napoleonic Wars