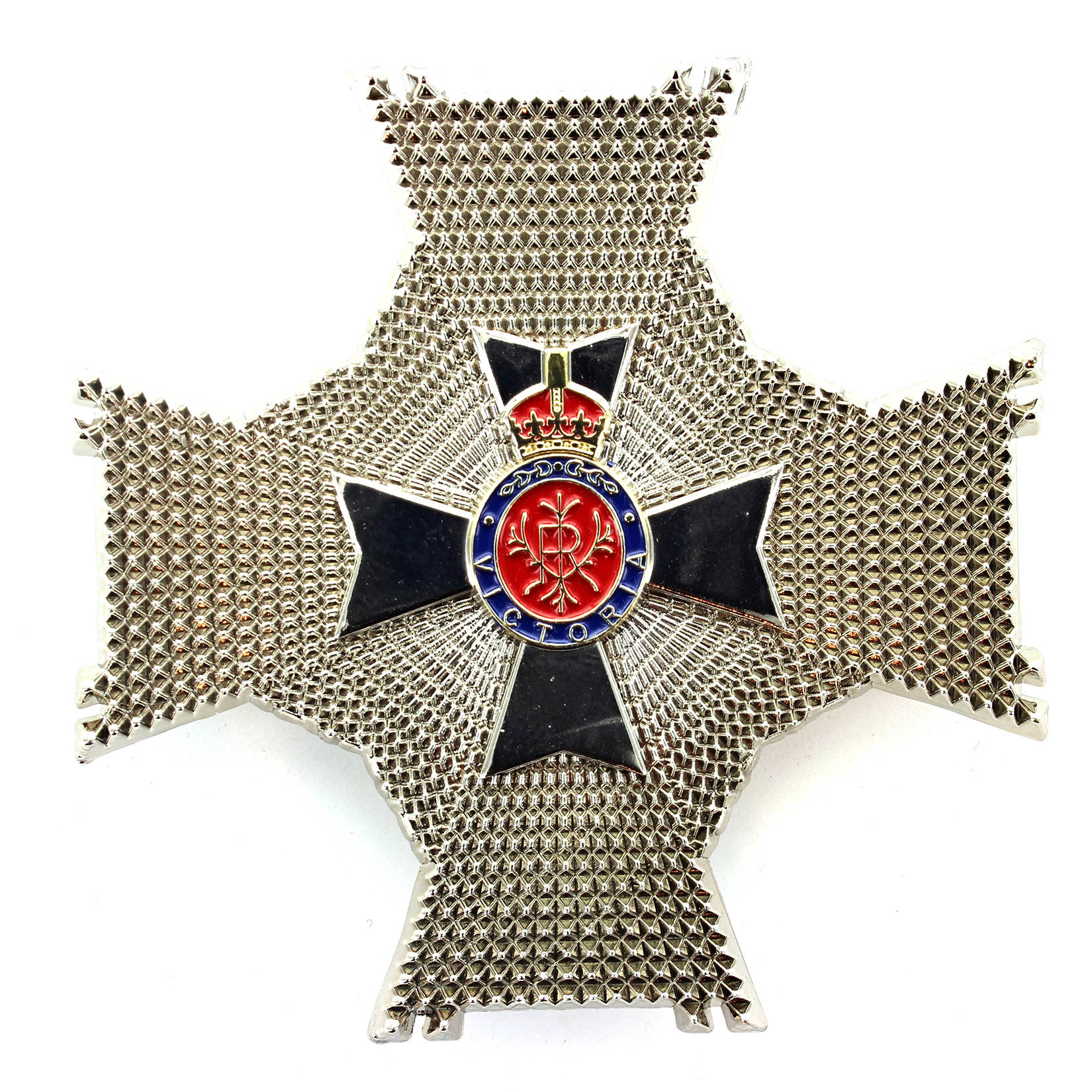 The Royal Victorian order was established in 1896 by Queen Victoria. It recognises distinguished personal services to the monarch.

There is no limit on the number of individuals that can be honoured, which to this day remains the discretion of the monarch.  There are five grades of the order and the first two grant titles of knighthood.

After 1931, the order ceased to be purely British.  The Prefect of  Alpes-Maritimes and the Mayor of Nice were the first to receive the order in 1896.