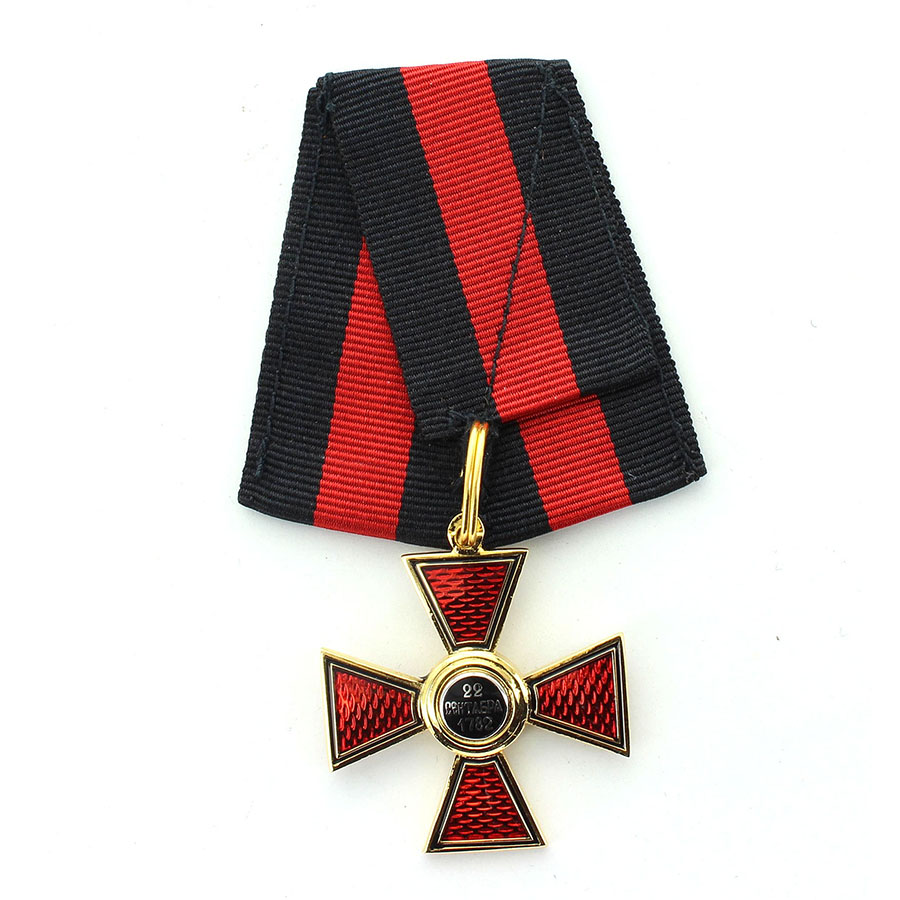 The order is a red enamelled cross with black enamelled borders and black enamelled central disc bearing a crowned red ermine mantle with a monogram of Saint Vladimir. The order is worn on the sash by the first degree, on a necklet by the second and third degree and on the chest by the fourth degree.

The motto was transferred to present-day star of the Order of merit for the Fatherland which was established in 1992 by President Boris Yeltsin and is today the second highest ranking decoration of that country.