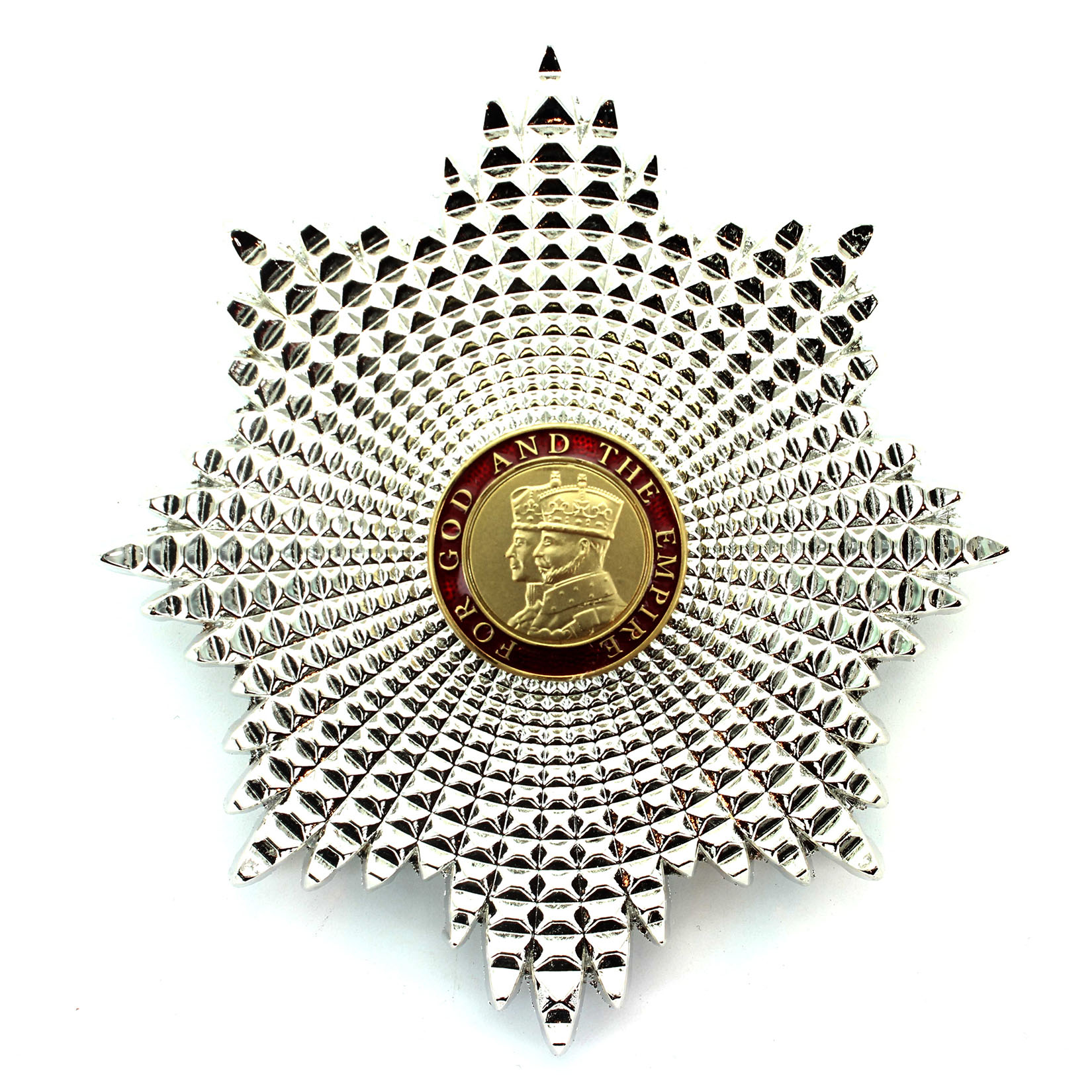 The Most Excellent Order of The British Empire is a British order of chivalry, rewarding contributions to arts and sciences, work with charitable and welfare organisations and public services outside the civil service. It was established on 4th June 1917 by King George V and comprises of five classes over the civil and military divisions. The senior two make the recipient a Knight or a Dame

King George V founded the order to fill the gaps in the British Honours system.  He wished to create an Order to honour the many thousands who had served in a variety of non-combatant roles during the First World War.  When first established, the Order had only one division. However, in 1918, soon after its foundation, it was formally divided into Military and Civil divisions.  The Order’s motto is “For God and The Empire”

At the foundation of the Order, the ‘Medal of the Order of the British Empire’ was instituted, to serve as a lower award granting recipients affiliation but not membership.  Inn 1922 this was renamed The British Empire Medal.  It stopped being awarded by the United Kindgom as part of the 1993 reforms honours system but in 2012 it was again awarded starting with 293 BEM’s awarded for Queen Elizabeth II Diamond Jubilee.

In 2004 a Commons committee recommended to phase out the Order of the British Empire, as its title was now considered unacceptable, being thought to embody values that are no longer shared by the country’s population.