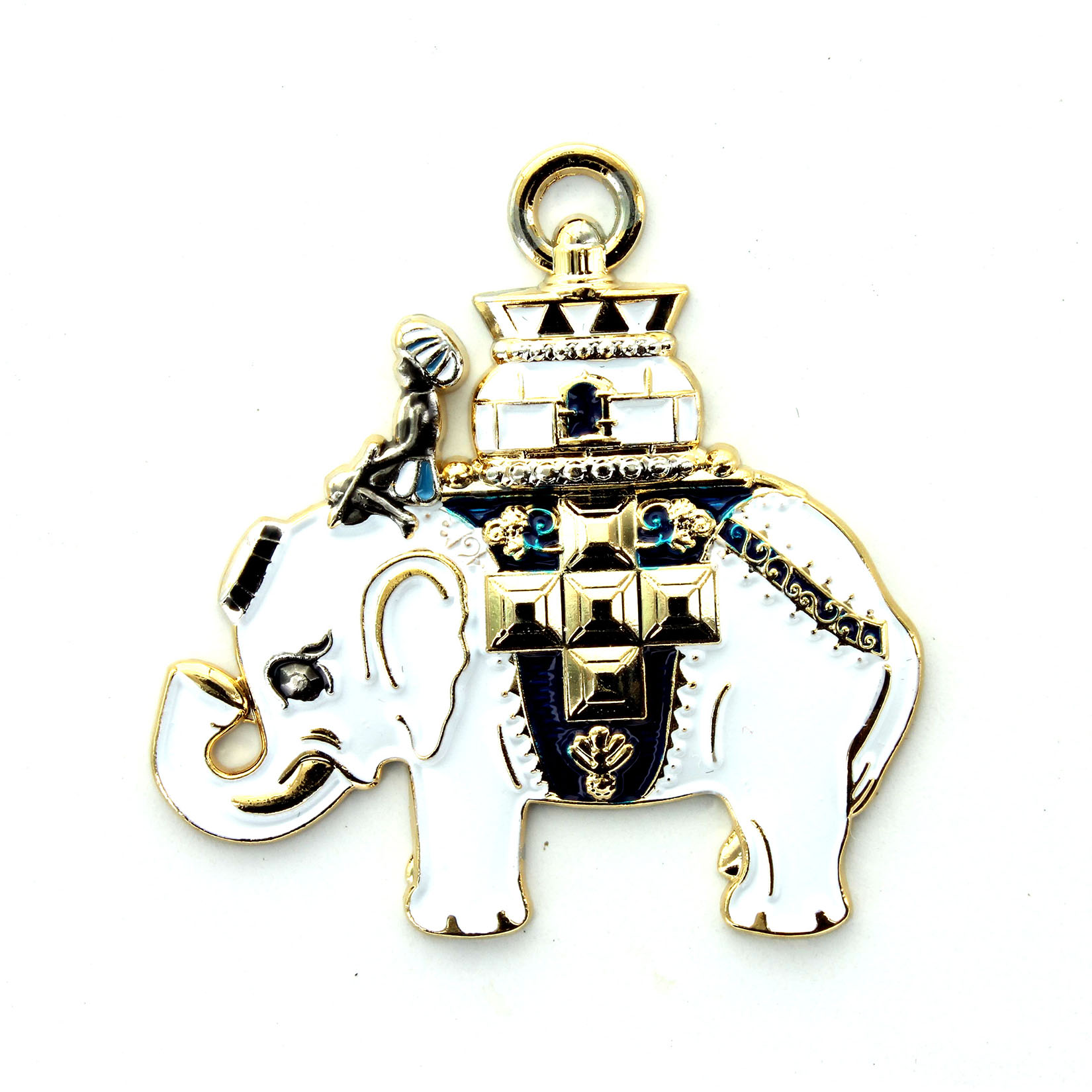 The order of the Elephant is a Danish order of Chivalry and is Denmark’s highest ranked orderl It has origins in the 15th century, but it has officially existed since 1693, and since the establishment of the constitutional monarchy in 1949, is now almost exclusively used to honour royalty and heads of state.

A religious order called Fellowship of the Mother of God, limited to about 50 members of the Danish aristocracy, was founded during 1536 the reign of Christian during the 15th century.  The badge of the confraternity showed the Virgin Mary holding her son with the crescent moon, and surrounded by rays of the sun, and was hung from a collar of links in the form of elephants.

After the reformation in 1536 the confraternity died out, but an order in the form of an elephant, with it’s profile on its right side was still awarded by Frederick II.  The order was instituted in its current form on 1st December 1693 by King Christian V as having only one class, consisting of 30 noble knights in addition to The King and his sons.  The statutes by a Royal Ordinance so that both men and women could be members of the order.  The order was amended in 1958.