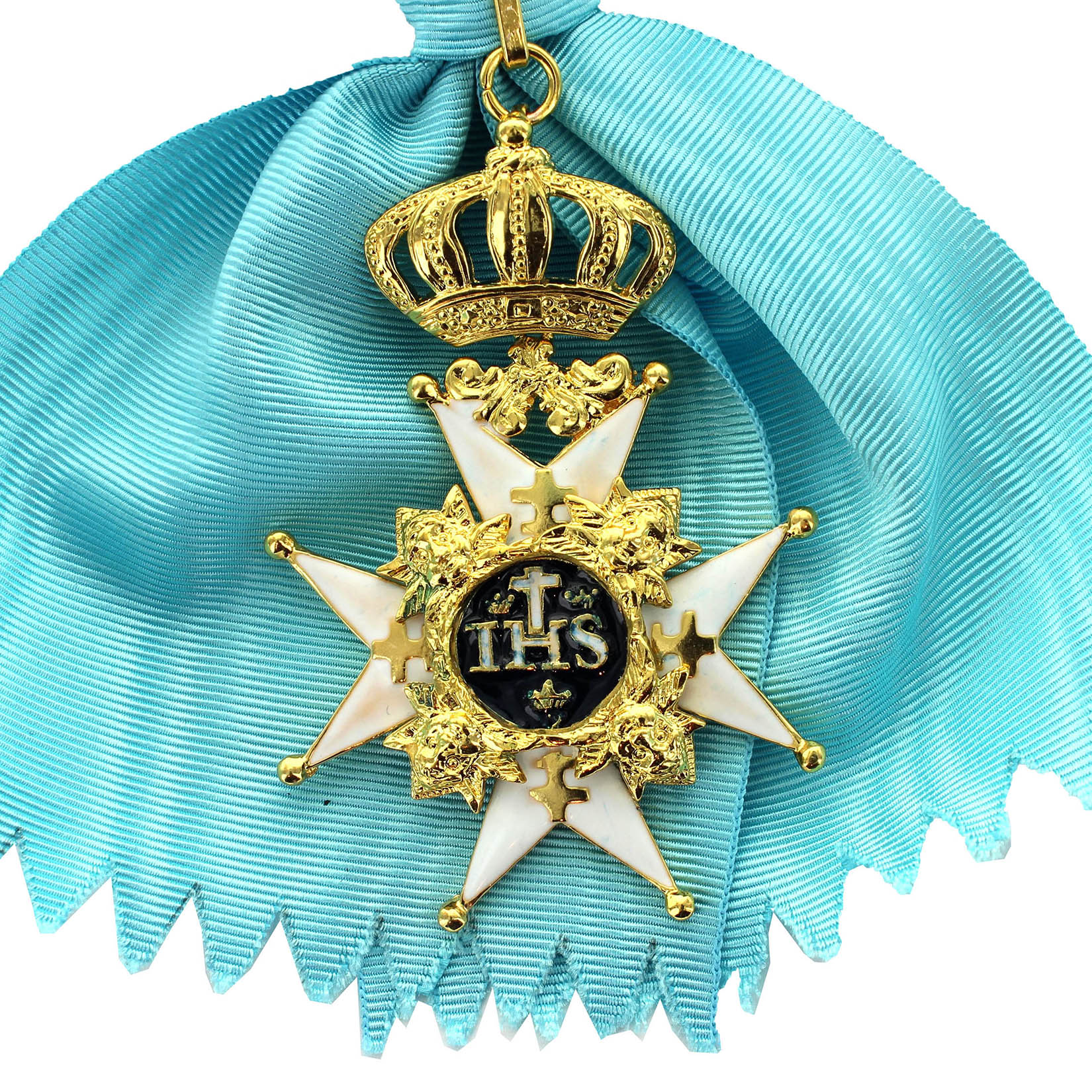 The Order of the Seraphim is in the choir of angels and is a Swedish order of chivalry. It was created by King Fredrick on 23rd September, 1748.

When originally instituted the knights of the Order were required to supervise the major hospitals and mental asylums in Sweden, and in particular The Seraphim Hospital which was a major hospital in Stockholm until it was closed in 1980.  This requirement would die out as boards of physicians and other professionals made such supervision by the Knight of the Seraphim anachronistic during the 19th century.

As part of the reorganization of Swedish orders in 1975, appointments of Swedish citizens to the various orders ceased and conferrals were restricted to foreigners  The last non-royal Swedish holder was Sten Rudholm.  Likewise the Order of the Seraphim was restricted to foreign heads of state and equivalents.  In 1995, the law was revised and conferrals upon members of the royal family were allowed.