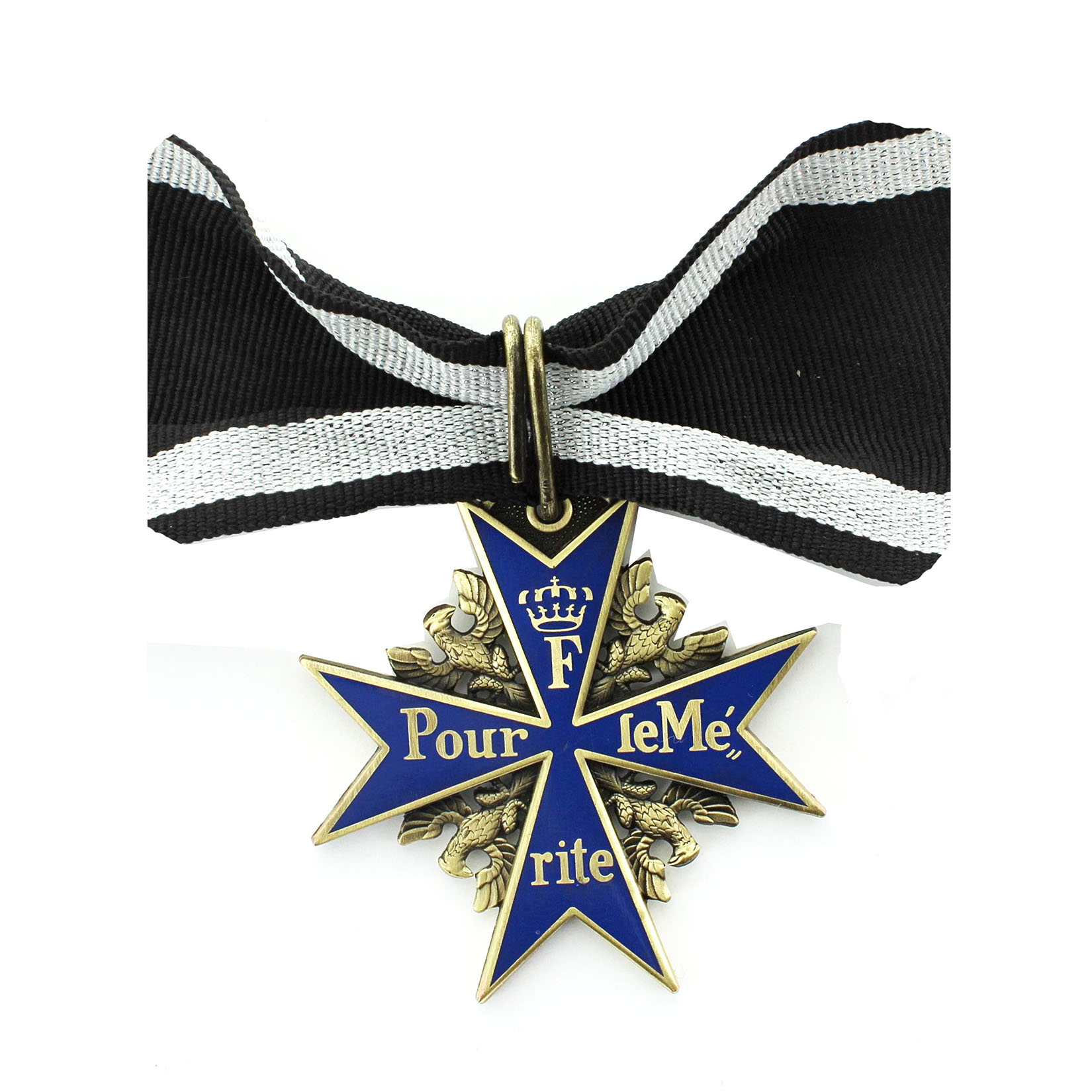 Pour La Merite literally translated “For Merit” is a German Medal, established in 1740 by King Frederick II of Prussia. The Pour le Merite was awarded as both military and civil honour and ranked along with the Order of the Black Eagle, the Order of the Red Eagle and The House Order of Holemzolen, among the highest order of merit in the Kingdom of Prussia. After 1871 when the various kingdoms, grand duchies, duchies, principalities and Hanseatic city states had come together under Prussian leadership to form a federally structured German Empire, the Prussian Orders gradually assumed the status of Honours of Imperial Germany even though many honours of the various German states continued to be awarded.

The Pour le Mérite was an honour conferred both for military (1740–1918) and civil (1740–1810, after 1842 as a separate class) services. It was awarded strictly as a recognition of extraordinary personal achievement, rather than as a general marker of social status or a courtesy-honour, although certain restrictions of social class and military rank were applied. The order was secular, and membership endured for the remaining lifetime of the recipient, unless renounced or revoked.

New awards of the military class, known during the 1st World War formally as The Blue Max ceased with the end of Prussian monarchy in November 1918 (The colloquial name “Blue Max” was given in honour of Max Immelmann, the first recipient of the Pour le Merite during WW1, who was also the first aviator ever to win the award)

The civil class was revived as an independent organisation in 1923.  Instead of the King of Prussia, the President of Germany acted as head of the order.  After the WW2, a civil class was established in 1952.  This version is still active today.