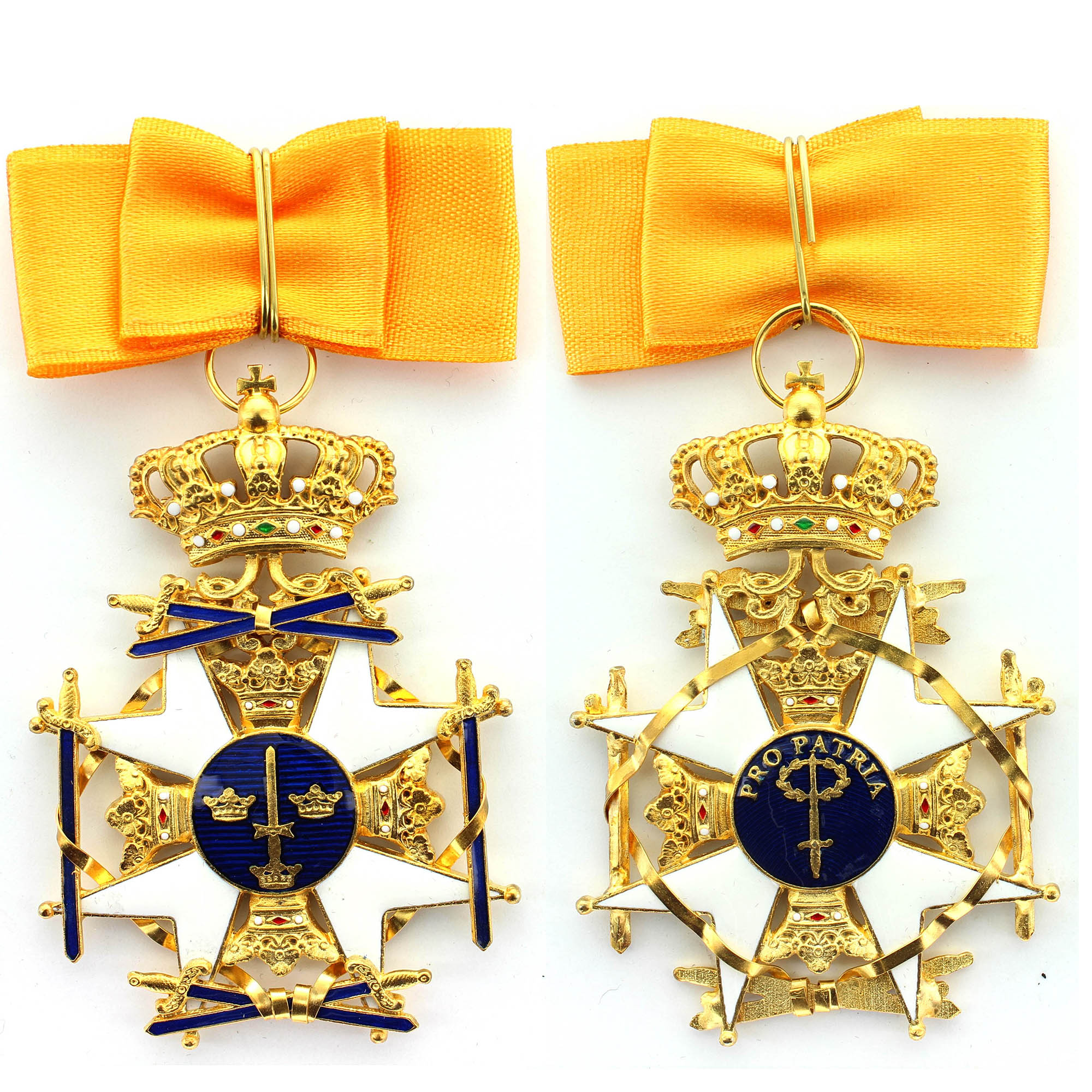 A Swedish Order of the Sword in Gold; Knight’s First Class. The Order is a Swedish order of chivalry and military decoration created by King Frederick I of Sweden on February 23rd 1748. It was created together with the Order of the Seraphim and the Order of the Polar Star

The Order was awarded to officers, and originally intended as an award for bravery and particularly long or useful service, it eventually became a more or less obligatory award for military officers after a certain number of years in service.

The motto of the order is in Latin: Pro Patria meaning : “For Fatherland”