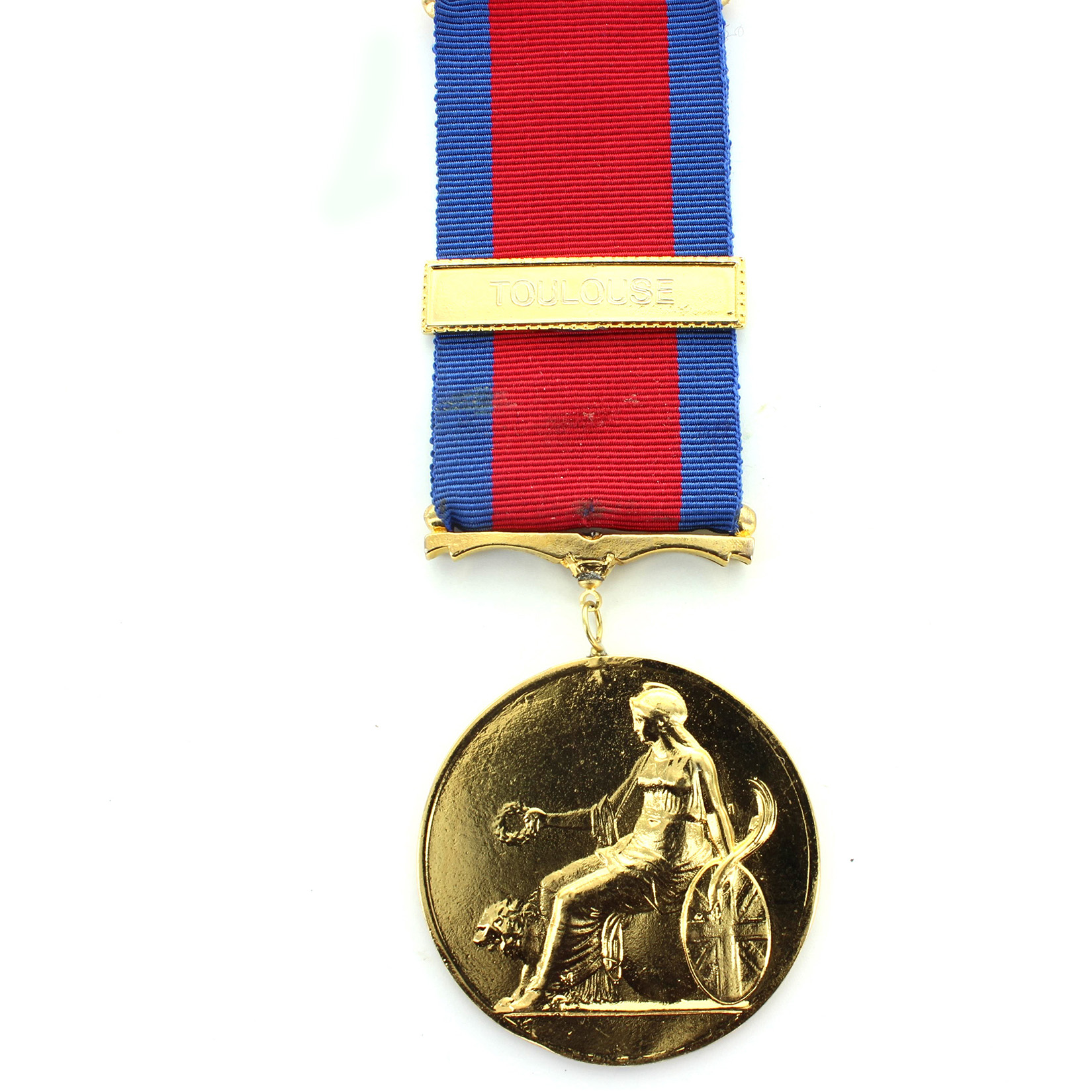 The Peninsula Gold Medal also known as The Army Gold Medal was a British campaign medal which was awarded in recognition of field and general officer’s successful commands in campaigns predominantly the Peninsula War. It was not a general medal, since it was issued only to officers whose status was no less than that of battalion commanders or equivalent

When the Army Gold Medal was first established, a new one was issued for each action. In October 1813, to prevent a proliferation of awards to one recipient, an order was created instructing that only one medal be worn, with a ribbon clasp denoting the battle concerned for any further award. The fourth award was to be marked by a Gold Cross, replacing the earlier medals, with the names of each of the four battles on the arms of the cross. Again, clasps for attachment to the ribbon of the cross were presented for any successive awards

The award could be awarded posthumously, and sent to the officer’s family.