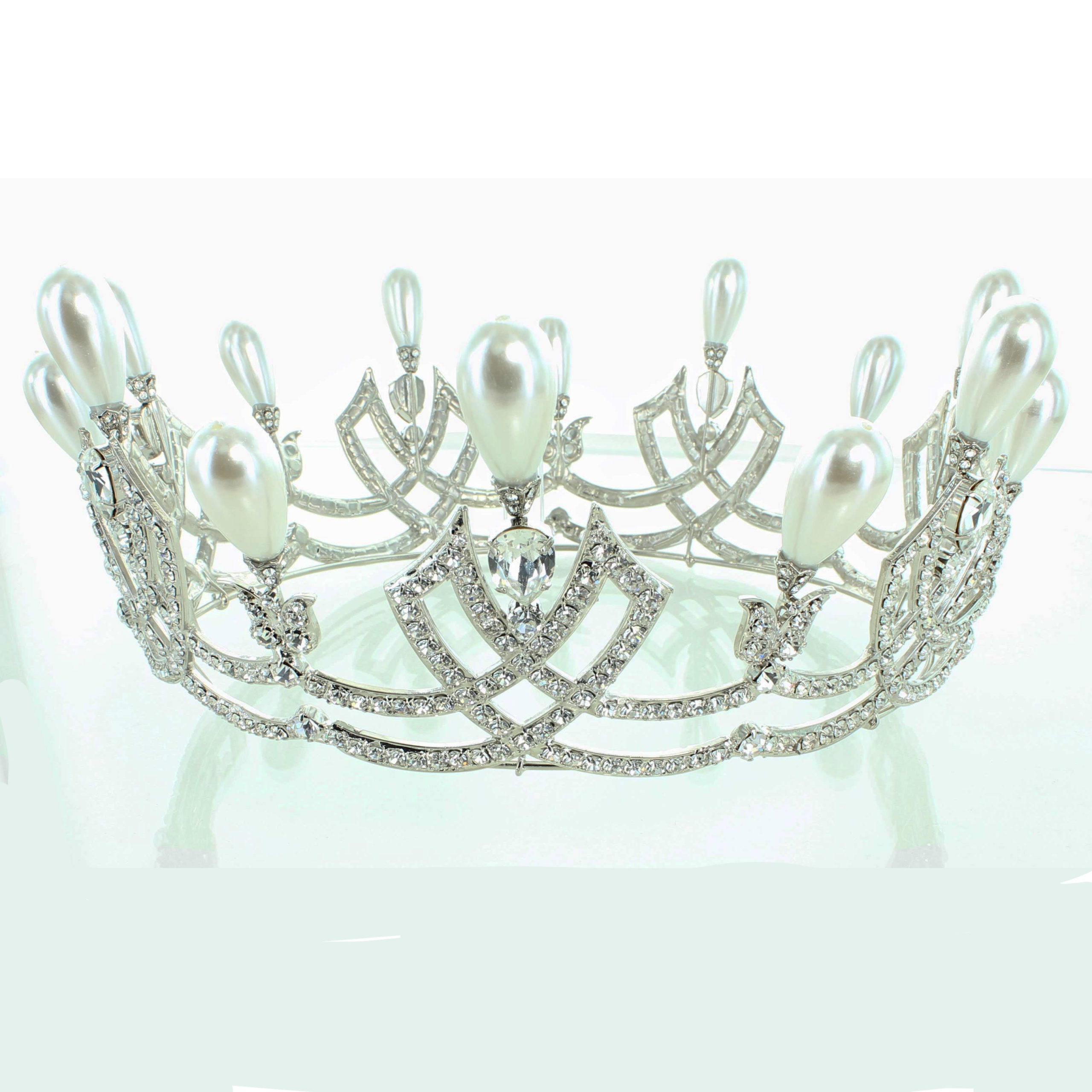 The Russian Wave tiara dates back to the nineteenth century.  The diadem has over 500 diamonds in the shape of waves which are topped with 18 drop pearls.  Although some have identified the tiara as Cartier, many state that the maker is unknown.  The diadem comes from the imperial Russian collection and is best associated with Empress Marie Feodorovna (1847-1928) the wife of Alexander III.  The tsarina was seen wearing the pieces on several occasions.

The tiara is large and forms a complete circle.  It was part of a parure which included a brooch and a large necklace.

Like so many other imperial jewels, the set was taken by the Bolsheviks at the time of the revolution; it was catalogued and ultimately sold, but unlike other imperial jewels that survived and resurfaced, this one so far remains lost.  The tiara, necklace and brooch were seen in the famous 1925 photo which they took prior to the jewels being sold or dismantled.