The Ampulla and Anointing Spoon 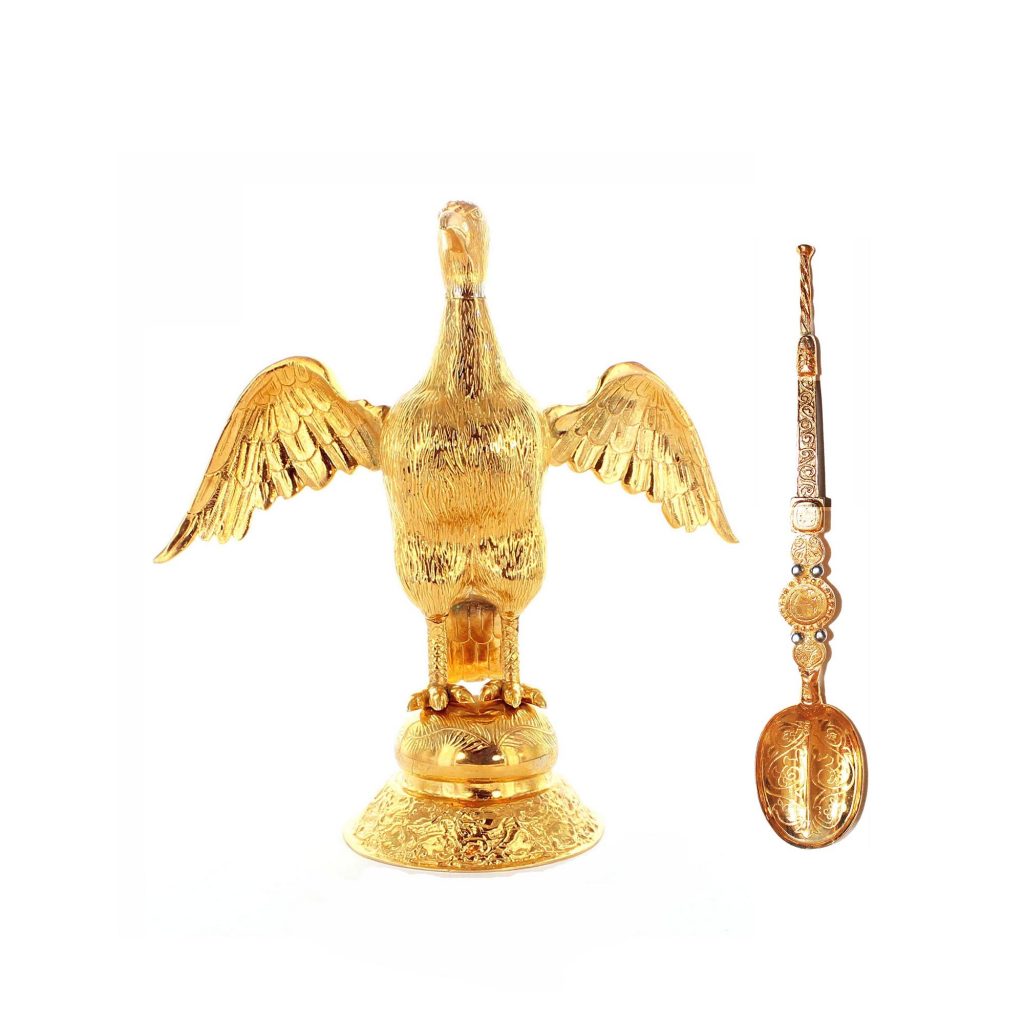 The Ampulla and Anointing spoon are the two oldest objects used in the coronation. The Ampulla is a vessel of fine gold in the shape of an eagle. It contains the holy oil which is used to anoint the Sovereign. The head unscrews to admit the oil which is poured out through the beak. The date of the body of the eagle is said to be around the fourteenth century, but the goldwork, wings and base were probably added in 1661 for the coronation of Charles II.

The silver gilt anointing spoon into which the oil is poured is believed to date from the 12th century with evidence of its use at the coronation of King John in 1199. The stem of the spoon is chased and set with four freshwater pearls.

At the anointing ceremony the Sovereign waits in readiness for the anointing – the wearing of white denoting purity of purpose and spirit. This is a fourteenth century custom which was revived by James I and Charles I. Their predecessors had worn a red shirt beneath their rich red outer robes. A canopy was held over the Sovereign during this most sacred part of the ceremony. The four bearers at Queen Elizabeth II’s coronation were Knights of the Garter. Like George VI before her, Queen Elizabeth was anointed in the old order of the hands, breast and head.