The Koh-I-Noor in Indian Setting Replica 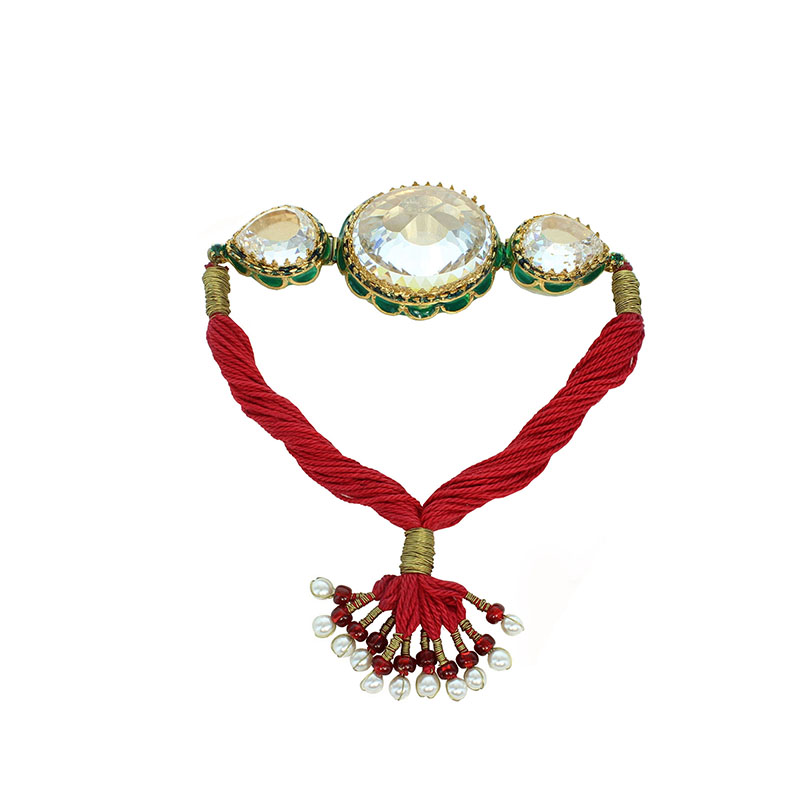 The Koh-i-Noor is steeped in mystery. The original setting was made to be worn on a turban or an elephant. The dynamic and violent history of the celebrated gem, from emperor Shah Jahan’s peacock throne in the 1600s to present-day demands for its return

The Koh-i-Noor diamond is one of the largesse diamonds in the world.  It is part of the British Crown Jewels.

The Jewel was mined in the Kollur Mine in India and was part of the Mughal Peacock Throne.  It was given to Queen Victoria after the Anglo-Sikh was in 1049.  In 1851 it went on display at the Great Exhibition in London but if failed to impress the public.

Queen Victoria’s husband, Prince Albert ordered the stone to be re-cut into an oval brilliant.  The Koh-i-Noor carries with it a curse for bringing bad luck to any man that wears it.  Since its arrival in the UK it has only been worn by female members of the Royal Family.  Queen Victoria wore the stone in a brooch and a circlet.  Upon her death in 1901 it was set in the Crown of Queen Alexandra.  It was put into Queen Mary’s crown in 1911, and finally in the Queen Mother’s crown in 1937.

Today, the diamond is display in the Jewel House at the Tower of London, where it can be viewed by millions of visitors each year.  The governments of India, Iran, Pakistan, and Afghanistan have all claimed ownership of the Koh-i-noor, and demanded its return since India gained its independence from the UK in 1947.  The British government, however, insists that the diamond was obtained legally as stated in the Last Treaty of Lahore and has rejected all of the claims.  Even in the headiest days of restitution demands, it is highly unlikely that the Koh-i-Noor will be prised out of its crown any time soon.