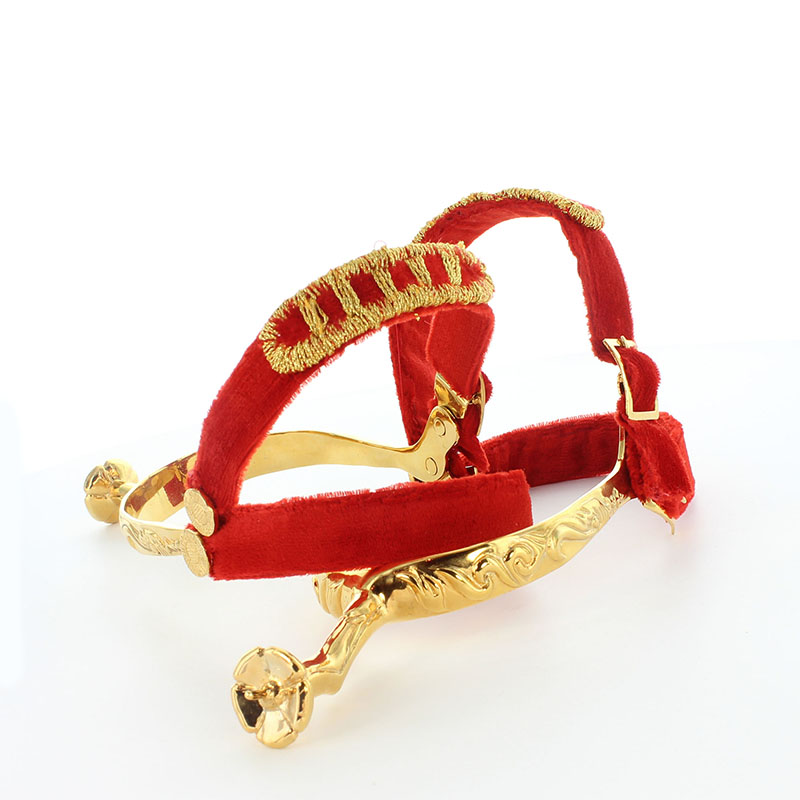 The Royal Spurs are part of the English coronation ceremony since 1189, for the coronation of Richard I. The spurs symbolise

Like the rest of the regalia, the original spurs did not survive meltdown of the Crown Jewels by Oliver Cromwell, so they had to be remade for the coronation of  Charles II in 1661 They were altered in 1820 for George IV, when new textiles replaced the earlier buckles and straps.

The spurs represent knighthood and form part of the coronation ceremony in which the sovereign is invested with the ornaments or symbols of royalty. The sovereign is first anointed with holy oil and the presented with the robes, armills, swords, orb, ring, sceptres and spurs. Traditionally the spurs were fastened to the sovereign’s feet but since the Restoration they have simply been held to the ankles of kings, or in the case of queens regnant, presented and then placed on the altar. After the investiture the sovereign is then crowned.